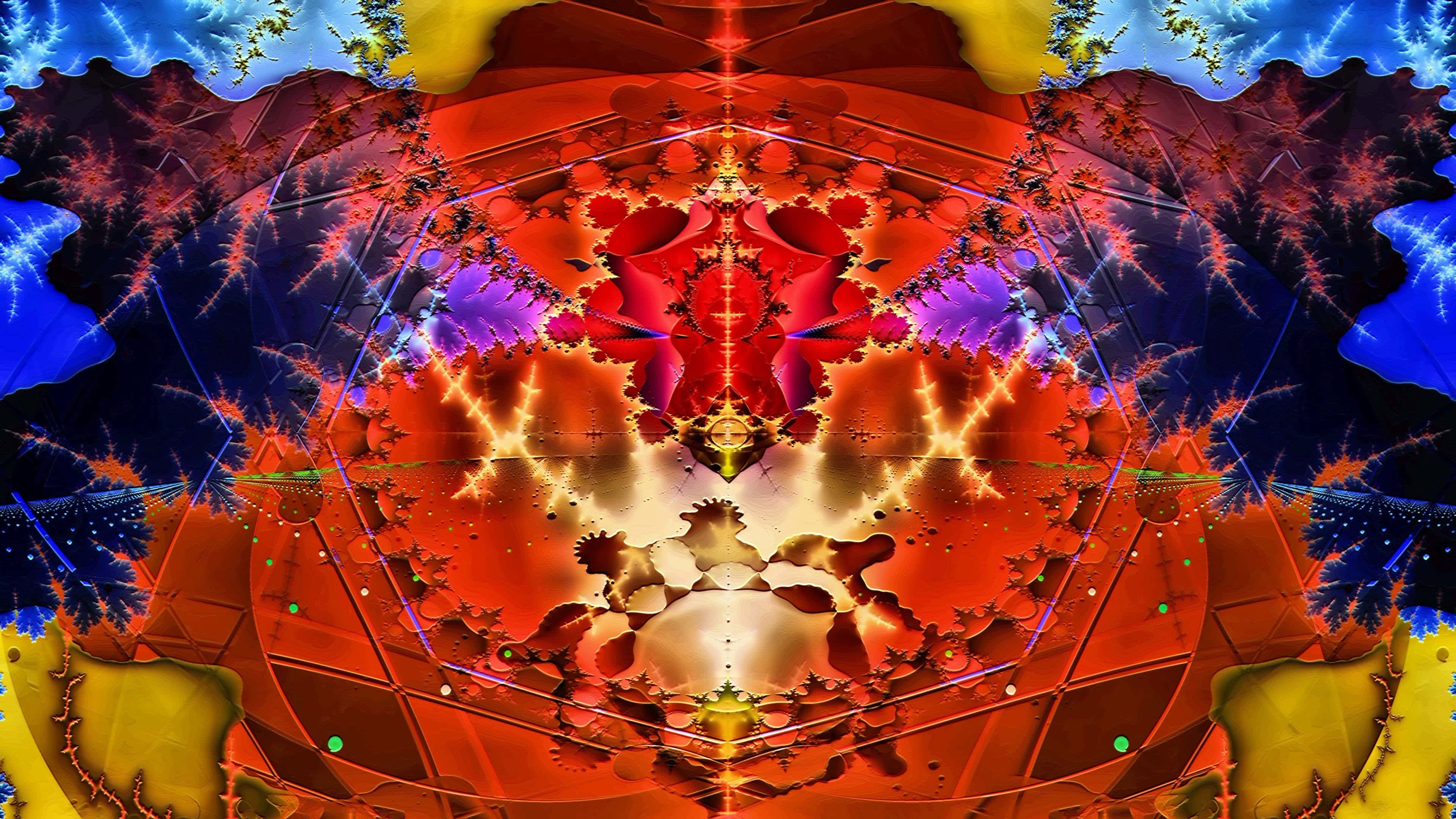 (Click to enlarge.) Lamb upon the throne, within the burning bush, before the seven-fold blazing lamp, opens the seven seals, whose hands/power extend beyond Himself. The four horsemen below appear, facing all four directions as one, emerging from the crystal sea. Around the throne are the 24 elders, with one sitting at his right and another at His left in His kingdom, His two witnesses. He is crowned with the Olive tree and tree of life. Beyond the 24 elders, two of the seven (large) angels are visible. Beneath the feet of the Lamb is the living altar, “the 5th seal”. Elements of the 6th seal also present, such as the blazing sun that He is clothed with. The inner court in which the 24 sit is made up of an eight-pointed star — the morning star.