When Australia was first consolized, it was used as a penal colony. Most who died in the fires are from New South Wales.

New South Wales, a state in southeast Australia, was founded by the British as a penal colony in 1788. Over the next 80 years, more than 160,000 convicts were transported to Australia from England, Ireland, Scotland and Wales, in lieu of being given the death penalty. Today, about 20% of Australians are descendants of convicts, including plenty of prominent citizens. (BBC)

Besides a prison, Australia is known as “the down under”. Metaphorically, these unprecedented fires speak of a flame ignited in the lowest hell, down under.

(People tend to take things literally, rather than as an analogy. Christ spoke in parables and He is the same yesterday, today and forever. Australia is not hell, nor are the people there worse than all others! Rather, this speaks of  the terrible fate awaiting all who reject the cross, 2Pet 3:10.)

All this reminds me of the following:

They have provoked My jealousy by that which is not God;

they have enraged Me with their worthless idols.

So I will make them jealous by those who are not a people;

I will make them angry by a nation without understanding.

For a fire has been kindled by My anger,

and it burns to the depths of Sheol;

it consumes the earth and its produce,

and scorches the foundations of the mountains.

I will heap disasters upon them;

I will spend My arrows against them.

It’s also interesting that the recent annular solar eclipse about “New Jerusalem” drew attention to the constellation of “the Southern Crown”, that is, “Corona Australis“.

Moreover, as explained in that post, this ring of fire resembles a fiery crown, (as seen from the perspective of “down under”, that is, below New Jerusalem if it sat here today).

From down under New Jerusalem, this ring of fire rises — burning like the breath of the Almighty, consuming all that stands in His way.

The reward of the crown and the shield is the constant theme since August. Mighty signs in the heavens and upon the earth communicate this message. It’s about running the race and winning the prize. This great fire in Australia is yet another terrible sign, as shall be explained next.

We do well to listen because when God repeats a message over and over again it means that a trial by fiery is coming soon to test the saints but will consume the world.

Some demand proof that I am not reading into the prophetic map that I present next, so here is a list of previous posts along this same theme. Please skip over these links if already acquainted with this ongoing theme! Not all titles reflect contents, but the theme is the same, the shield to endure and the crown of reward. Articles in bold are especially related to this theme.

For the first half of 2019, the Lord slowly revealed a prophetic map of spiritual warfare and future events until the end of time.

In the below prophetic map, locate the stars of Sagittarius and Corona Australis in the underworld of the overlayed pyramid, most clearly seen in the lower-left corner. Corona Australis (only half the crown shows) overlaps Eastern Australia where the fires predominantly are. Also notice just above Sagittarius the shield ablaze with Australia.

The Message: “The gates of hell shall not prevail against the Church”, (Matt 16:18). He will shield us from all fiery arrows. Let no man steal your crown.

In addition to all this, take up the shield of faith, with which you can extinguish all the flaming arrows of the evil one. (Eph 6:16)

Think about it… Within this vast prophetic image, posted June 11, 2019, there is just one small spot on earth clearly visible — Australia — and the prophetic image presents Australia as on fire, but within a shield. The fires of Australia also first began in June of 2019.

Do not fear any of those things which you are about to suffer. Indeed, the devil is about to throw some of you into prison, that you may be tested, and you will have tribulation ten days. Be faithful until death, and I will give you the crown of life. (Rev 2:10)

Holy of Holies (The Most Holy Place)

For those of you who read the previous post, well, it turns out that the pattern was shaped like the Holy Place of God’s temple, a rectangular solid (20 by 10 by 10 cubits).

However, the week after this, (Dec 26th to Jan 1, 2020), the Lord opened my mind to understand its counterpart, that is, the Most Holy Place, (10 by 10 by 10 cubits, except as 10 royal rods high by 10 regular rods wide, and all that results). This will be explained in the next post. It is the pattern hidden in the Biblical genealogy, a temple made not of stone, but flesh, inhabited by the Spirit of God, in and through all ages.

The veil was torn from top to bottom during the first quake when Jesus died, allowing access to the Most Holy Place. (The second occurred at His resurrection.)

The quake that tore open the large rock formation yesterday was a sign, suggesting 2020 vision in 2020. (Solomons curtain/wall to Holy of Holies was also 20 by 20 cubits.) 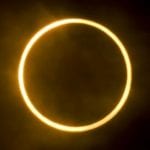 “Now from the sixth hour there was darkness over all the land unto the ninth hour… And when Jesus had cried out again in a loud voice, he gave up his spirit. At that moment the curtain of the temple was torn in two from top to bottom. The earth shook, the rocks split and the tombs broke open.” (Matt 27:45,50-52)

A rock formation in Puerto Rico that was a popular tourist destination was reduced to rubble after the first of two powerful earthquakes rocked the island Monday.

The natural rock formation, known as “Punta Ventana” or Window Point, was a bridge in the form of a window or hole in Guayanilla on the island’s southern coast.

The arch was just one of the few naturally occurring arches on the island until a 5.8-magnitude quake that struck early Monday morning off the island’s southern coast caused it to collapse. (Fox News)

This caps off the study (in the Spirit) that began Oct 22, 1991. It left me feeling unworthy and sinful. But, this song encourages me. May it bless you too.

My Prayer to God

My prayer to God is that the next 28 years will not be spent in the pursuit of knowledge, but knowing Him.

It was His will to reveal these things and to share some of them. But knowing His heart is true understanding, something I need desperately.

Knowledge is like the pavement of heaven — like pure gold. Beautiful, but of little worth compared to knowing Him — who inhabits eternity – the everlasting light who shines forth at the center above the throne — the shekinah glory of God.

Jesus is the glory of God.

Expect shorter posts as I pursue Him harder.

5 thoughts on “Why “Down Under” is on fire (Australia)”