The note about the powerful 7.7-earthquake and Israeli Peace Treaty (and 666) comes at the end of this update.

When the Lord revealed this mathematical puzzle on Jan., 26th, and 27th, I wondered ‘why another word about the Mene-Tekel Code?’ When I posted yesterday, I said: “Ignore the gematria” from the article 20 years ago. Here is that said reference from 20 years ago:

However today the Lord opened my mind to realize that yesterday evening when I posted this was exactly 430 days (a “Shekel” in Gematria) from when the Lord began to reveal the second wave of insight into the Writing on the Wall. As said a year ago, the many signs that followed were in ‘multiples of 5-days’ from when the Lord began to reveal it (the second time), Nov 23, 2018, and from when I first posted the discovery, (Dec 6, 2018).

Below is the chart from early 2019 that was included with each and every sign that followed. Click and enlarge the two images below and read. You will find that 430 days from when the calendar (in the images) began is the three days leading up to when this was posted.

Because, as you will read, the Shekel represents 20 gerahs and 20 years. (See above chart from 20 years ago.) And “Shekel” in Gematria adds up to 430. Thus, from the Chinese New Year in 2000 to this Chinese New Year one Shekel of 20 years later and one Shekel of 430 days later converge perfectly; (Read below-left image: “Calendar of Events“).

And  “Peres” in Gematria is 390 and from Dec. 6, 2019 plus 390 days is when the WHO first became aware of the bird flu. However the first case reported when as yet it was unknown for what they were looking at was 30 days earlier on Dec. 1, which is 360 days later. (See Wiki for the timeline about the coronavirus. Also, see SARS-like Virus, January 22, 2020.)

The letters in the above chart (and below) are the words, “Mene, Mene, Tekel, Upharsin” written in two ways, and is thus written twice. This was the initial insight that began the process 430 days ago of unraveling the message hidden concerning ‘the judgment of the gods‘.

If you go back to the first chart from 20 years ago you will notice that in Hebrew “Mene, Mene, Shekel, Upharsim” adds up to 1010 in gematria — and thus twice this is 2020 — that is 2020 years. And this is why the delay of 20 years from 2000 to 2020 until the rest of the prophetic message was decoded from those four powerful words/coins, “Mene, Mene, Tekel, Upharisn”!

The China Connection and the Coronavirus

Moreover, the Chinese government extended the Chinese New Year celebrations by 3 days for China and 10 days for Singapore. As said before, the pattern of the SARS-like virus is  3 + 7, etc., and this accounts for the three-day difference between the Chinese Lunar New Year and the Jewish New Moon that were three days inclusive apart this year. (“Inclusive” so that the very first letters of Me-N-E מנא in the Calendar Chart 430 days later land on these same three days inclusive, Jan 25-27, 2020.)

In short, given the numeric chart at the start of this post, could you derive a better fulfillment of those numbers if you tried?

HAVANA (AP) — A powerful magnitude 7.7 earthquake struck in the Caribbean Sea between Jamaica and eastern Cuba on Tuesday, shaking a vast area from Mexico to Florida and beyond… (Wayvnews)

I just found out now after reposting this update today (Jan 28, 2020, afternoon) that a 7.7 earthquake just occurred (2:10 pm local time) at the location of the central Shekel in the prophetic map.  Beginning this morning, the Lord revealed all about the 430 days of the Shekel, and then I added it to this post this afternoon!

And speaking of coins…

For the sign of the Trump-Wolf-Blood Moon Eclipse and meteor that struck the moon the very minute of the eclipse an hour after posting a prophetic image of the same:

Interesting that Trump also revealed his Israel peace treaty about two hours before the powerful 7.7 quake (that was felt in Miami)!

The Peace Plan: An “Undivided Jerusalem”, but a divided land, (Haaretz).

Will the kingdom of Israel be divided?

“Undivided” and “Divided” — hmm… reminds us of:

“Upharsin: Your kingdom is divided and given to the Medes (and Cyrus) the Persians“, (Dan 5:28).

Santiago, Cuba (locate in the above map) is the exact center of the middle letter in “Tekel” “(ת-ק-ל); see prophetic map.

The quake was felt strongly in Santiago, the largest city in eastern Cuba… also felt at the U.S. Navy base at Guantanamo Bay,  (TIME).

Below is the original post on the evening of Jan 27, 2020, after exactly 430 days from the beginning.

This is “Part Four” of Four parts

This is the mathematical riddle of “The Writing on the Wall”. The previous three posts from a year ago were about what it says.

This is a profound puzzle. I know most will not believe it, and that’s ok — so I will explain this in raw form. Anyone who wants to understand can understand, but it will take a little effort. It is irrelevant whether one believes that the following numeric is real. But those that know, tremble.

I did a rush job in writing this, so check my math! If you find an error correct me in the comment section at the end.

Reading the highlighted links back to previous posts help. 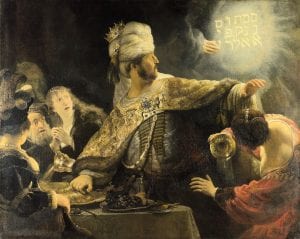 (Please read these two posts from 20 years ago. Ignore the gematria for now. Part 1: What “Mene, Mene, Tekel, Parsin”
adds up to as coins, and as Gematria”, and  Part 2. )

The shekel is to consist of twenty gerahs. Twenty shekels plus twenty-five shekels plus fifteen shekels equal one mina. (Ezekiel 45:21)

A shekel and a half-shekel equal 30 gerahs/years.

I do not talk about this much, but it is there.

The reverse of the four possible totals are:

Read Luke 15. Note the coins in the middle of the three parables.

The use of sqrt suggests shapes. But what shape.

I have only given the highlights, but those few words written on the wall represent the Creation created by words from God’s mouth:

Stunningly, these very words in and of themselves contain much information about what He is creating. He is creating a city to replace Mystery Babylon. And the lamp, like the burning bush, for the wicked ones, contains endless words of woe. (Of course, the words in themselves are not powerful, only God!)

The Riddle of the Damned

No wonder the demons tremble — as did Belshazzar that fateful night when the writing was read by the light of God’s stolen lamp, (Dan 5).

Jesus is the Word of God.

Jesus is the Light of God.

Light for the damned only increases their darkness. But Christ suffered the darkness for us that if we put our trust in Him we pass out of darkness into light — out of Babylon into the Promised Land — into that city created by the mouth of God. 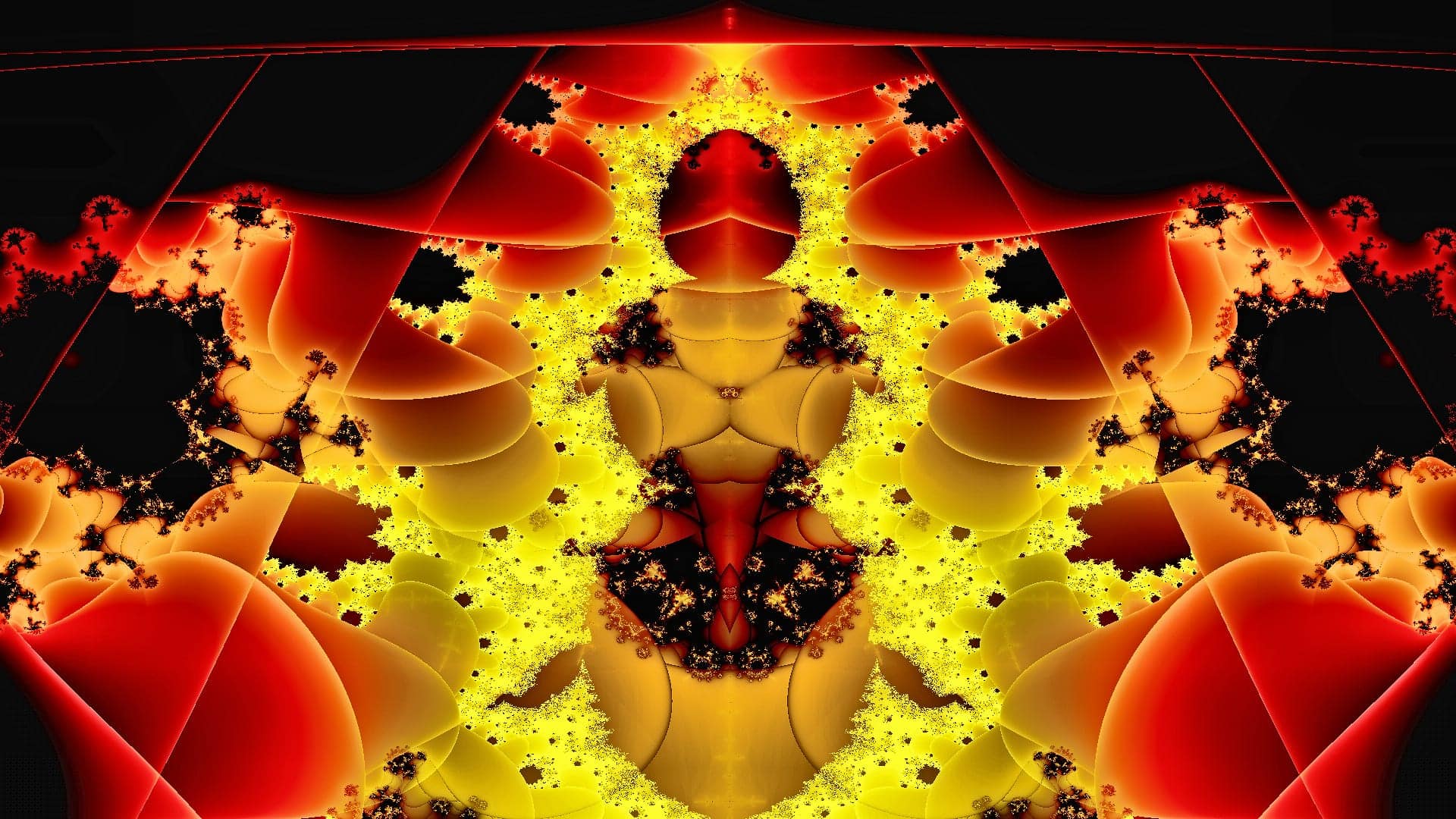