This is yet another in a series of posts along the theme of ‘the victor’s crown that is rewarded after completing the course like an Olympic athlete’.

I began this post back on Dec 5th (2019), but got caught up in further study and so left off finishing it — as well as the post about the volcanic eruption in New Zealand about a week later.

At times I feel these types of posts are more like a diary kept for myself than for others, and so is of low priority. Important posts reveal new insights into Scripture and Biblical numeric. It just happens that events in the world frequently parallel what God is revealing at the time, (Rev 6). I believe that in various ways this is true of all God’s people down through the ages, however, precious few connect the dots, nor are they meant to. I am not special.

Slowly we are reaching a crescendo in revelation and power, all stemming from what has gone before, like leaves on a tree or fruit on a branch, (John 4:38). Yes, there is gross darkness. But God demonstrates His power and wisdom when things are bleakest.

In this post, I will assume that the reader is already acquainted with the numerous signs preceding this one, especially this post: Hurricane Lorenzo, Christ’s crown & Pi (September 30, 2019).

Before this new sign is briefly explained, below is a list of the previous signs posted along the theme of the victor’s crown. Just glancing over the titles proves that my interpretation of this event is totally consistent with what went before.

Recent previous posts about ‘running the race and winning the prize’

Articles in bold are most relevant.

The Lord revealed the mystery of “square-root” in geometry as to how it reveals Christ and keeps prophetic time. (I will explain this in another post.)

Similar to the mystery of Pi, the square-root of two also describes time and not just area. In other words, both Pi and the Square-root of two contain a prophetic clock and is foundational to all Biblical patterns and numbers. Biblical chronologies are shapes and describe buildings and various interlocking geometrical patterns. And all shapes keep time like a clock along which events occur, even your life pattern – patterns so complex as to ultimately form fractal images in motion.

I don’t expect this generation to believe me, even when explained. That’s why the signs. They testify to the truth.

The square root of two was revealed as Super Typhoon “Northern Crown” (Kammuri) began to form. As it made landfall in the Philippines the Lord revealed the diamond-like pattern that ultimately resulted from the study and as I was excitedly explaining it to two people this typhoon made landfall.

The study eventually led to the pyramid shape of New Jerusalem. As I explained this to someone utilizing a 3-d pyramid for an illustration derived from the Island Mountain Bible Code image, etc., at that very minute the New Zealand volcano sadly erupted.

Compare with this article from earlier this year.

Typhoon Kammuri is named after the constellation “Northern Crown”. The Typhoon might have set a record for the coldest cloud tops ever,  which is also indicative of the heights of the clouds. It set this record the same day as the opening Asian Olympic games ceremony in the Philipines, the same place that it would make landfall two days later, endangering some of the games.

Recall that the “Crown” and the “Olympic games”, of course, is the ongoing theme ever since the discovery of “The Pi of Time” back four months ago.

This typhoon was also known for the speed at which it developed just before making landfall. It was the worst of the year for the Philipines and developed in the less favorable season for Typhoons.

Typhoon Northern Crown became a named storm as I visited the top of the CN Tower in Toronto and then the depths of “Sea Aquarium” located directly below it. I could not help recall that verse:

“Ask the LORD your God for a sign, whether in the deepest depths or in the highest heights.” (Isa 7:11) 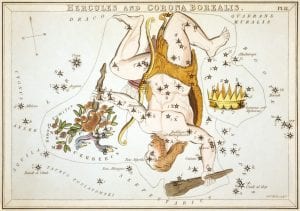 The typhoon also reminds me of this verse because it developed over the deepest depths of the Ocean and reached the highest heights of the clouds and is named after the highest heights among the stars “on the sides of the north”, that is, the constellation of “The Northern Crown”.

What it all means

The devil is losing ground and knows it. But do God’s people know it? Or are they living like losers when in fact they are winners?

Compare the below verse to the two signs of Typhoon Northern Crown and the  New Zealand volcano. (This island volcano is extremely deep, whose ash reached to the highest height.)

How you have fallen from heaven,

morning star, son of the dawn!

You have been cast down to the earth,

you who once laid low the nations!

13You said in your heart,

“I will ascend to the heavens;

I will raise my throne

above the stars of God;

I will sit enthroned on the mount of assembly,

on the utmost heights of Mount Zaphon. b

14 I will ascend above the tops of the clouds;

15 But you are brought down to the realm of the dead,

Dec 2, 2019, (Kislev 4) when it made landfall, was the anniversary of the events of Zechariah 7-8. Immediately before this reads the following:

A Crown for Joshua (fulfilled in Jesus)

Zech 6:9-15 The word of the Lord came to me: 10“Take silver and gold from the exiles Heldai, Tobijah and Jedaiah, who have arrived from Babylon. Go the same day to the house of Josiah son of Zephaniah. 11Take the silver and gold and make a crown, and set it on the head of the high priest, Joshua son of Jozadak.

14The crown will be given to Heldai, Tobijah, Jedaiah and Hen son of Zephaniah as a memorial in the temple of the Lord. 15Those who are far away will come and help to build the temple of the Lord, and you will know that the Lord Almighty has sent me to you. This will happen if you diligently obey the Lord your God.”

2 thoughts on “Typhoon “Northern Crown” and the New Zealand Volcano”