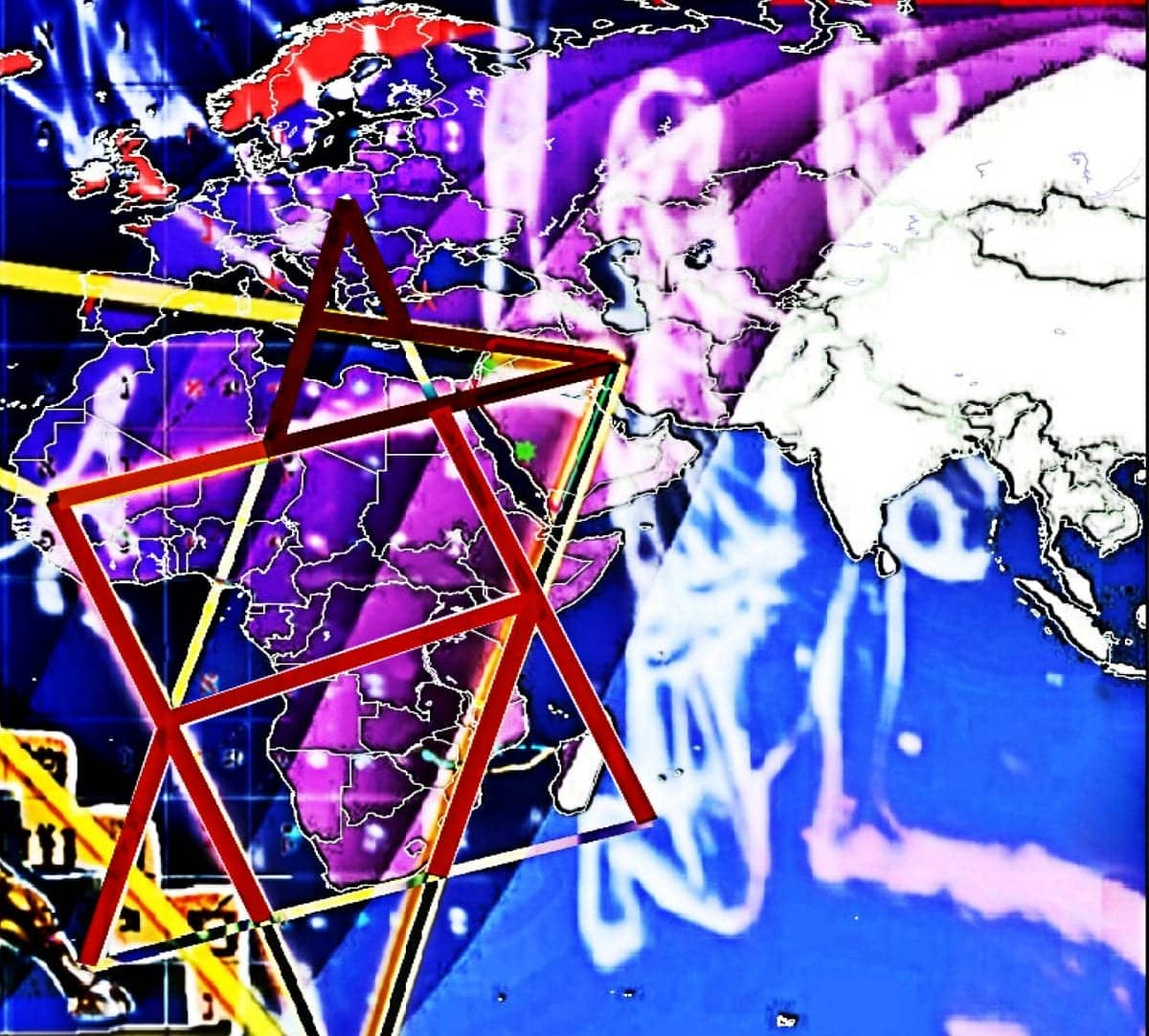 There is no easy way to say this…

This is a clash among principalities for control of a nation. Ishtar against “Nothing” (Buddhism), with many innocents caught in the enmity.

This is distasteful, so I’ll keep it brief.

In the calendar of events (as seen at right), events related to the judgment of the gods of Babylon have been tracked, beginning from the day that the writing on the wall (Mene Mene Tekel Upharsin) was explained in regards to it being a message, not just about men and nations, but also about the entities/gods that rule them.

The words “Mene Mene Tekel Upharsin” (15 Hebrew letters) were arrayed vertically and horizontally to create both a written encoded message and also images of what that message said. And so forth.

The events (“signs”) that happened afterward almost always occur in multiples of five as seen at right.

All dates in the calendar of events are always given in EST/EDT (Washington, DC).  Therefore, the first six bombings occurred about 10 pm, April 20th (EDT), and the other two early April 21st.

Six and 60. Eight and 80 — the number that signifies the Babylonian gods Anu and Ishtar. (Ishtar can also be represented by the number 15.)

Thus, as seen in the calendar of events, the bombings occurred 80 and 60 days from the 13th Sign. The 13th sign in the main sign that produces the map, along with the eclipse of Jan 20th, which gives the position of all things on the map. Jan 20th to April 20th/21th is 90 and 91 days.

(A mina, a shekel/tekel and a half-mina = 91 shekels, as discussed in earlier documents about the Mene Tekel code.)

The Notre Dame image with Mene Tekel Peres written on it

Yesterday (April 20), about 2 pm, I added the following image to the article about the Notre Dame fire. (If you read that article, this post will make sense. If not, it won’t.)

Below I have copied and pasted a portion of the article about Notre Dame. The image of Notre Dame with the letters “Mene Mene Tekel Peres”(Upharsin) was added yesterday, April 20th.

But before you read the excerpt from the Notre Dame article, here are the churches where the tragic bombings occurred.

As said, this is a battle among unseen principalities. However, even their action are under God’s ultimate control. Nor does this justify the actions of evil men.

Here is the excerpt from the article about the Notre Dame fire:

See “calendar of events” at right. Note the general avoidance of events during the two outer rows so as to make two (green) towers, with the cross bridging them — as mentioned a month or two ago

The date on the Jewish calendar

End of quote from the Notre Dame article.

The shooting occurred Nisan 16th (firstfruits) on the Jewish calendar and Easter on the religious calendar. Both dates are the anniversary of when Jesus rose from the dead, and his disciples bowed before him. Eventually, every knee will bow!

Suddenly Jesus met them and said, “Greetings!” They came to Him, grasped His feet, and worshiped Him. (Matt 28:9)

Every Knee will bow

In the prophetic image, Sri Lanka is located at the raised knee of Orion. The words in Hebrew running through the map are from the last verses of Isaiah 45 where it reads that “every knee will bow”.

Right now, Nimrod (also called “Orion”) only has one knee bowed in the image — but both knees must bow, and will bow — and bow hands will be raised in oath that Jesus Christ is Lord.

By myself I have sworn, my mouth has uttered in all integrity a word that will not be revoked: Before me every knee will bow; by me every tongue will swear. (Isa 45:23)

“I saw a fiery red horse” (2nd seal of Revelation)

Is Sri Lanka the trigger for a new wave of bloodshed?

The entire South Asian subcontinent once ruled by the British is seeing religious and ethnic identities harden and divisions deepen.

The decades-long civil war between the Sinhala-dominated government in Colombo and the Liberation Tigers of Tamil Eelam was brutal by any standards, and it ended a decade ago with a climactic battle near the Indian Ocean that took thousands of civilian lives.

But Sri Lanka, beautiful and multicultural, has never had just the one fault line. On Easter morning, when hundreds of Christians and hotel guests were killed by suicide bombers there, we were tragically reminded that this is not a country at peace with itself. (Bloomburg)

“He did away with the horses that the kings of Yehuda had dedicated to the sun, at the entrance of the House of Hashem, near the chamber of the eunuch Nathan-melech, which was in the precincts. He burned the chariots of the sun.” II Kings 23:11 (The Israel Bible) 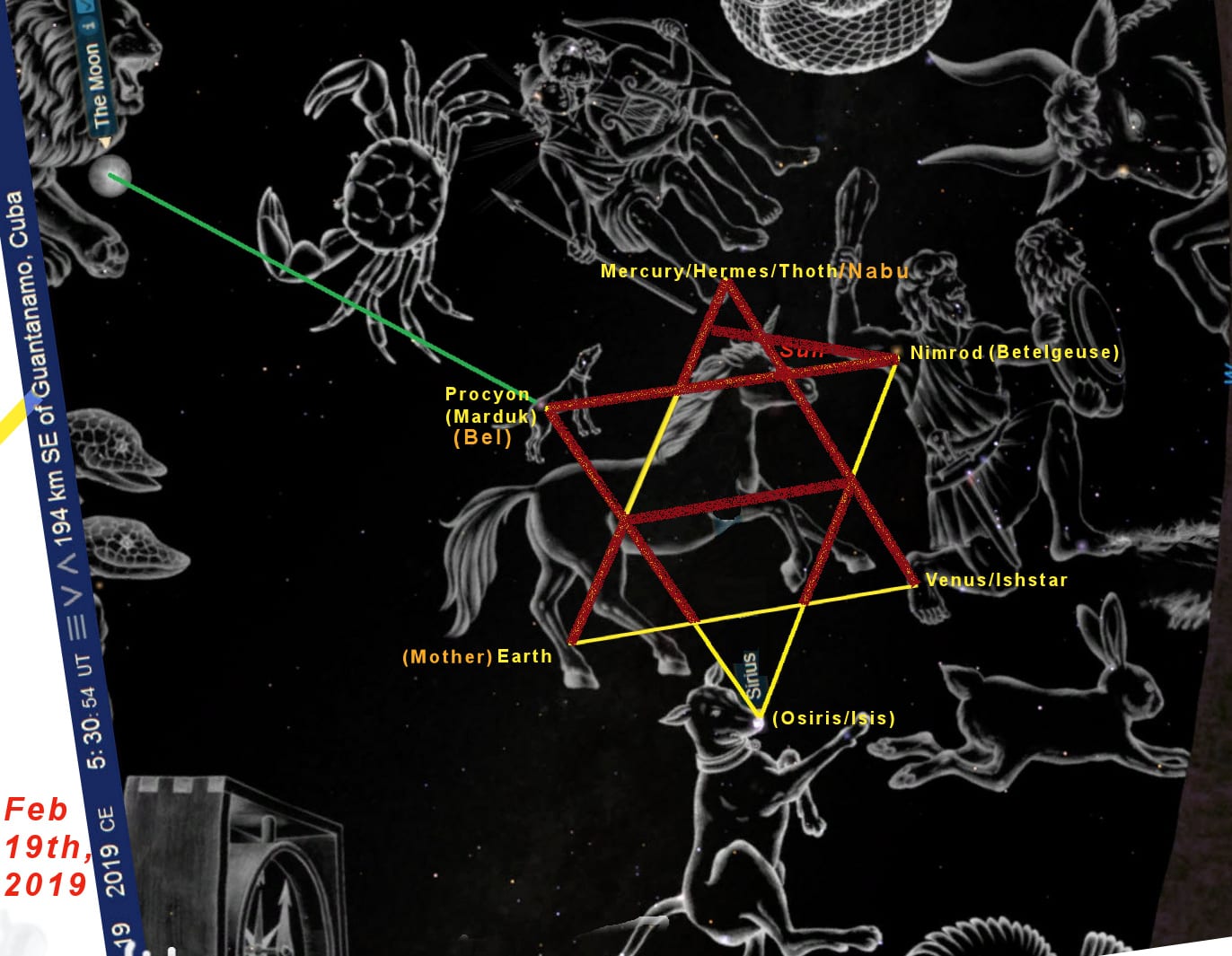 Can you direct the movement of the stars— binding the cluster of the Pleiades or loosening the cords of Orion? (Job 38:31 NLT)

Symbols have different meanings depending on their context.

Symbols, (such as stars, squares, triangles, planets, animals, mountains, and so forth), are like letters used to convey a message. Thus, this six-pointed “Star of David” has both a positive and negative meaning depending on the context. And this is true of every star and planet and cluster of stars (constellations/asterisms).

For example, the symbol of the sun can represent God or Bel, depending on the context. The same is true of the morningstar “Venus”, which in the Bible is said to depict Lucifer (Isa 14:12) and Jesus (Rev 22:16) just as a lion can depict either. It’s all about context.

What I mean is this, just because the devil “goes about as a roaring lion…” does not mean that Jesus cannot compare to a lion as well. The same is true of all thing created by and for Him. And this includes shapes such as triangles, circles, and squares, which are merely the product of math — and math is His creation and does not belong to, nor is it for, the devil.

Often the same symbol is used in the Bible to refer to polar opposites in order to categorize and contrast. The entire book of Revelation is written in contrasts. The true and the counterfeit, yet sharing the same symbol.

The failure to understand this fact has caused many to stumble into licentiousness (nothing is wrong) or legalism (everything is wrong).

The enmity between the woman and man (religious and civil power)

The enmity between male and female and the serpent and ‘the seed of the woman’ plays out from Genesis to Revelation. We see the ultimate outcome in Rev 17:16.

The beast and the ten horns you saw will hate the prostitute. They will bring her to ruin and leave her naked; they will eat her flesh and burn her with fire.

This is foreshadowed in Jezebel and her daughter Athaliah. Jezebel was eaten by dogs and her daughter slain at the horse’s gate. This vile association of dog and horse is also seen in the prophetic image: the harlot (Earth-Sirius-Venus) is trodden underfoot of the horse, whose rider is a dog called Marduk/Bel. Jezebel, herself, is the dog-star (Sirius) at the lowest bottom.

Ultimately, “the dogs are outside the city of the New Jerualem”!