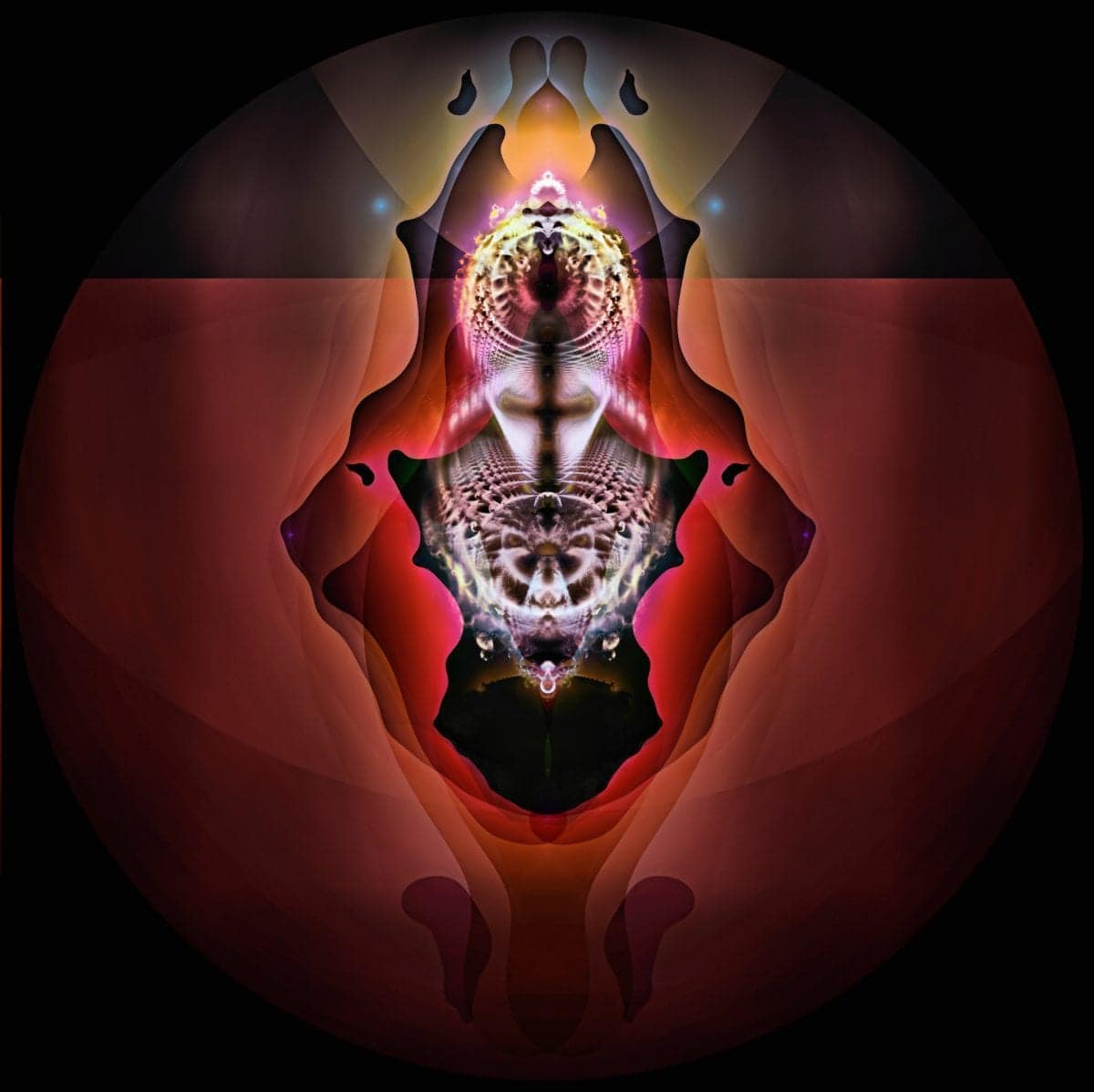 After a 210-day delay, the interpretation of the Bible fractal (combined with the Christobrot fractal) resumes.

It was necessary that a mathematical foundation is laid first before explaining the vision.

The vision was given twice, yes, four times:

The Biblical numeric literally assemble individual images into one composite image: All these images taken together is, “The Vision of Jesus Christ”.

This is what He saw, as it were “in a dream upon his bed”.

Daniel replied, “No wise man, enchanter, magician or diviner can explain to the king the mystery he has asked about, 28 but there is a God in heaven who reveals mysteries. He has shown King Nebuchadnezzar what will happen in days to come. Your dream and the visions that passed through your mind as you were lying in bed are these: (Dan 2:27,28)

Jesus is the true King of kings. His dream-vision was about His suffering and glory that would follow — all hidden away in the Word of God and in His Creation, obscured and forgotten like a dream in the night.

The kingdom and power and glory be to Him forever.

“The Revealer of Mysteries”

As you lay on your bed, O king, your thoughts turned to the future, and the Revealer of Mysteries has let you know what will happen.

And to me this mystery has been revealed, not because I have more wisdom than any man alive, but in order that the interpretation might be made known to the king, and that you may understand the thoughts of your mind. (Daniel 2:29,30)

What I have seen does not carry the authority of Holy Scripture. Thus, rejecting my words carries no penalty. But there is a blessing attached to this sign.

You should judge my every interpretation.

All flaws are mine, not the Revealer.

Nevertheless, the images systematically revealed in the past 30 years are similar to the apostle John’s. However, what he saw in a literal vision, I was shown through a series of drawings. But each drawing was no more preconceived then was John’s vision.

However, the fractal images still need to be explained and interpreted. And this we shall now do, as the Lord wills.

Jesus is both Revealer and Revelation, the tongue and interpretation, the beginning and the end.

Jesus Christ is the Interpreter of mysteries.

And the Mystery is Jesus.

Blessed is the one who reads aloud the words of this prophecy, and blessed are those who hear and obey what is written in it, because the time is near. (Rev 1:1-3)

Trump’s State of the Union address

Trump gave his speech late last night and it happens that last night was exactly “20 years” — to the very hour.

Trump delivered his State of the Union address about ‘how he made “America Great” again’.

This, plus the fact that on the very next day at his impeachment trial, (which is the day of this post), Trump was acquitted and not “put to death” (like Belshazzar politically speaking) nor driven out from office (like Nebuchadnezzar) together remind me of these verses.

All this happened to King Nebuchadnezzar. Twelve months later, as the king was walking on the roof of the royal palace of Babylon, he said, “Is not this the great Babylon I have built as the royal residence, by my mighty power and for the glory of my majesty?”

Even as the words were on his lips, a voice came from heaven, “This is what is decreed for you, King Nebuchadnezzar: Your royal authority has been taken from you. (Daniel 4:28-31)

In response, Daniel said to the king, “You may keep your gifts for yourself and give your rewards to someone else. Nevertheless, I will read the inscription for the king and interpret it for him… As for you, O king, the Most High God gave your father Nebuchadnezzar sovereignty and greatness, glory and honor…

But when his heart became arrogant and his spirit was hardened with pride, he was deposed from his royal throne, and his glory was taken from him. (Daniel 5:17-21)

“Half-Shekel”, Your kingdom is divided

Personally, I liked Trump’s speech! But my opinion matters nothing.

Most will not want to hear this, nor do I, but the dividing in half of Trump’s speech at the end by Nancy Pelosi as “Pence” (“Pennies“) watched on, and that before the entire divided house is like God saying, “Mene, Mene, Tekel, Upharisin”, “Your kingdom is divided…” (Dan 5:25-28).

It happens that “Upharsin” is Aramaic for “And a Half-a-Shekel”. (Lit., “Two-halves of a Shekel“, a shekel being of little worth compared to the Mina {“Mene”}. Thus, “Pence” is somewhat the equivalent of “Parsin”. Or perhaps better, “tuppence“.)

Below is the ‘Calendar of Events’ that unfolded after the second part of The Wall revelation from a year ago. It was repeatedly attached to about 40 posts.

As stated in the last two posts, “20 years/gerahs equal One Shekel/Tekel”.

In the below “Calendar of Events” read what is written at the top-left and note the date, then add 20 years.

But this post is not about Donald Trump. Trump may be the most powerful man on earth — but he is not the King of kings. Donald does not rule the world.

Yet Trump is a type of Him who has all power. And many have delighted for a time to enjoy protection under the shadow of his wing.

But now it is my delight to declare Him.

“Begin at my Altar”

Then came the unexpected 210-day delay of Pi, (215 from the discovery of the Christobrot fractal image, when California quaked). (“215” is half of a “shekel” in gematria.)

Christobrot Fractal. We begin at the altar

Click here for Part Two ‘A’, Vision of the Lamb