This video should have come before the one posted on April 4th, 2020. The two go together.

But God had other plans.

I was unaware of other signs greater than Comet Atlas occurring at the same time!

Update: Comet Atlas broke up into four pieces on Nisan 10th. Both videos emphasize the exact same date of Nisan 10th, (which fell sequentially this year on all four calendars, April 2-5).

This is when Venus grazed the star Atlas (April 4) after passing through the rest of the Pleiades on April 3rd. Venus’ apparent very-close proximity to the star Atlas is rare, and that while a comet by the same name, ATLAS, began a catastrophic break-up.

As explained in the video, all this was symbolic of the chief of the Fallen-ones (Titans). Symbolically (or literally?), their request for early release from their ‘10,000-year prison sentence’ is denied, (Book of Enoch 21). This means a no-show for the comet as it swings by May 31st, 2020, only to return in another 5200 years!

“And I wept much”

Then I saw in the right hand of him who sat on the throne a scroll with writing on both sides and sealed with seven seals. And I saw a mighty angel proclaiming in a loud voice, “Who is worthy to break the seals and open the scroll?”

Then one of the elders said to me, “Do not weep! See, the Lion of the tribe of Judah, the Root of David, has triumphed. He is able to open the scroll and its seven seals.”

I partly know how John felt. I wept all evening, deep within. The Lord showed me something marvelous yesterday. I want to tell it.

They lack knowledge or wisdom.

The message falls on deaf ears.

Be stunned and amazed,

blind yourselves and be sightless;

be drunk, but not from wine,

stagger, but not from beer.

The Lord has brought over you a deep sleep:

He has sealed your eyes (the prophets);

he has covered your heads (the seers).

“These people come near to me with their mouth

and honor me with their lips,

but their hearts are far from me.

Their worship of me

is based on merely human rules they have been taught.

Therefore once more I will astound these people

with wonder upon wonder;

the wisdom of the wise will perish,

The video I put out two days ago

Too much work. ‘Let’s surf the net again– Surely there’s something better to watch!’

It’s the generation we’re living in.

Give it to me simple. Don’t confuse me with facts. Keep it short stupid!

Our generation is far worse than Isaiah’s.

We no longer think for ourselves. Too much work!

Ah, leave that to the rabbis, priests, pastors, and politicians. Leave it to the theologians for religion and to science for the real truth!

We’ve lost our way. We no longer know how to read a compass. The Bible is foreign to us.

Leave me alone. I want to sleep. (The book, Pilgrims Progress.)

Where are the Bereans?

1Now the Berean Jews were of more noble character than those in Thessalonica, for they received the message with great eagerness and examined the Scriptures every day to see if what Paul said was true. Acts 17:11

Yet there are those who do seek God, who do search the scriptures.

Their eyes will see out of obscurity.

The Lord will not hide His face forever.

He longs to show His glory.

The angels cannot grasp the glory of God –a burden.

Prophets cannot understand the message of angels — a burden.

Men cannot understand the message of prophets — a burden.

The whole earth is burdened.

“Earth, lift up your voice and tell them!”

But the best it can do is groan.

Stars lift up a shout and tell them, but they shine dimly through the smog.

The prophets are ashamed,

And the glory of Christ is veiled.

And I wept much.

“Do not weep! See, the Lion of the tribe of Judah, the Root of David, has triumphed. He is able to open the scroll and its seven seals.”

So I will not labor to explain.

I will keep it short

Jesus said that there would be “signs in the heavens above and on earth, “the seas roaring”.

Venus blots out the star “Atlas” (one of the seven stars of Pleiades) at exactly 6:00 AM, Nisan 10th, two days ago when the video was coincidentally put out, (April 4, 2020.) (Four days ago from when the second video was posted.)

Nisan 10th is when Jesus rode into Jerusalem on a donkey; “Hosanna to the Son of David” they cried, (now called Palm Sunday).

It’s also when Israel crossed over into the Promise Land.

It is when the lamb was chosen and set aside for the Passover, which happens to be the same day that this video is posted.

And half-a-year earlier was the “Day of Atonement” comet as discussed in the previous video.

Venus will be unusually bright when it grazes Atlas, one of the stars of the Pleiades. It will be 2000x brighter than Atlas, which itself is one of the bright stars of the sky.

Venus will be just 1/18th of a degree from Atlas. (About 1/10th the width of your baby finger held up to the sky.)

The two stars will appear merged as one large star for a few minutes in the sky — at 6:00 AM EST at daybreak.

But this rare sign is adjoined to the sign of “Comet Atlas” as discussed in the video four days ago.

And on earth, Typhoon Harold crosses two Islands in one day, “Holy Spirit” island and “Pentecost” island at Cat. 5, the strongest of 2020.

This and more is briefly explained in the video and is meant to be viewed with the video from four days ago.

Extremely rare for Venus to so closely pass the star “Atas” at exactly 6:00 AM, in the very location of the Sun above the Pyramid as seen on the Prophetic Map

Such a merger of Venus and Atlas is rare.

As far as I can tell, such a close merger only occurs about once every couple of hundred years. But to reach its peak at exactly 6:00 AM (plus or minus a couple of minutes) — is of huge symbolic importance in regard to Venus, “The Bright Morning Star”, as shall be explained shortly.

Such close proximity only occurs about every 200 years, and thus to have it happen to pass exactly 6:00 AM EST at its closest approach to each other is exceptionally rare.

The only place on earth to witness this merger at 6:00 AM is around the large area of above the Hudson Strait in the far north of Canada. On the Prophetic Map, its the area around the middle of Sun above the Pyramid, between the Lion and the Crab. (The video talks about the importance of this spot a few times.)

Thus, the morning star only rises at 6:00 AM in the middle to upper area of the sun on the Prophetic Map every 144,000 years or so. (Around Cape Dorset, Nunavut, where the Northwestern Passages and the Hudson Strait meet is the small area on earth where it MUST be 6:00 AM (not 7 or 5 AM, etc.,) and where it can be seen with the eye obvious above ground.

To meet all these requirements at once is staggering!

See the video for more diagrams. 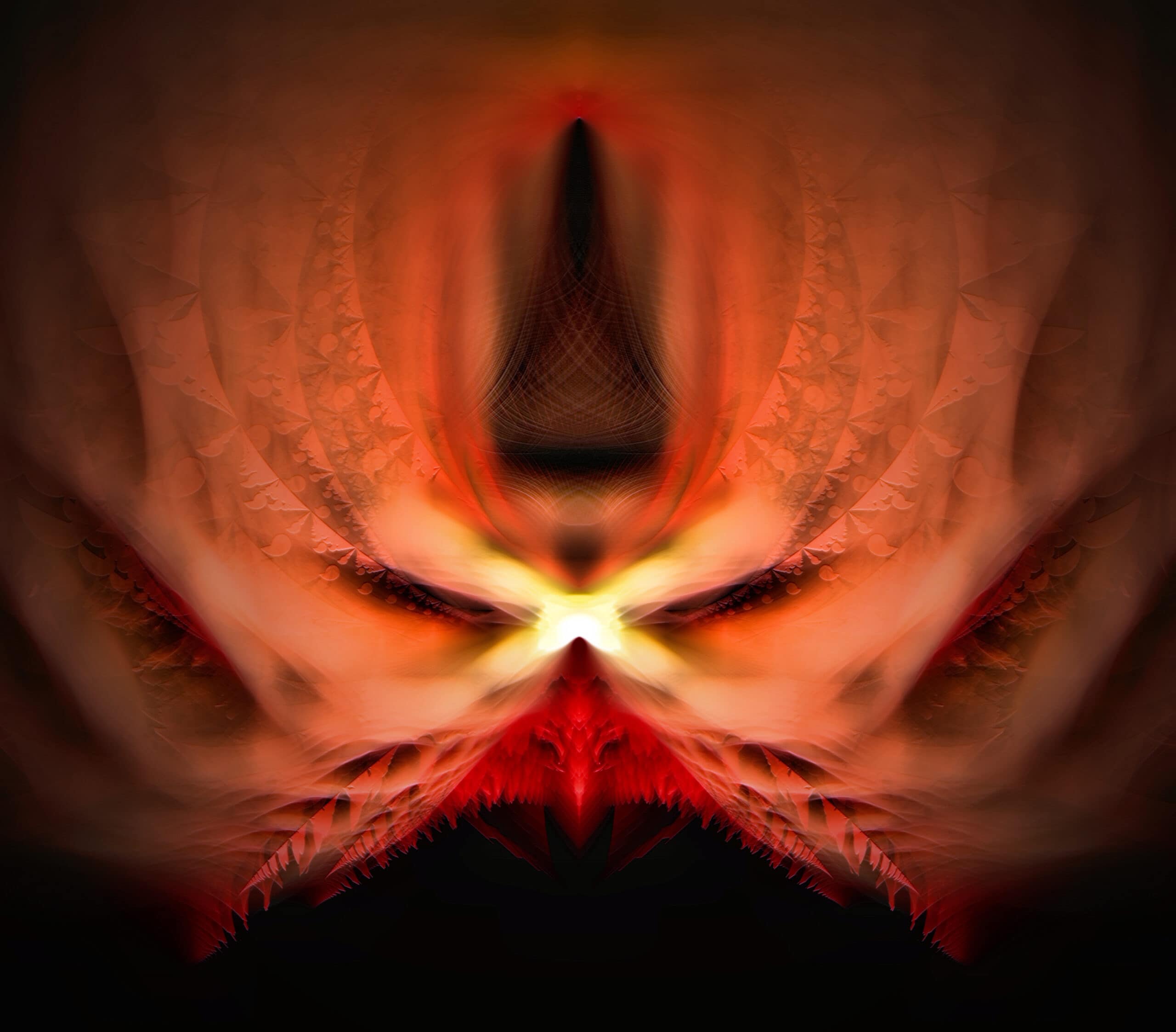 Video: “Her child was caught up to his throne” fractal