This post is an update to the documents “Crown Him With Many Crowns” & The “Wolf Comet & The Scepter of Jacob.”

It’s best to familiarize oneself with these articles first, then to read this document, as this update will provide little in the way of exposition.

“The Wolf Comet & the Sceptre of Jacob” document showed the path of the interstellar comet 2I/Borisov overlayed on the Mene Tekel/Mystery Babylon Prophetic Map, (created by the Celestial & Earthly Events of 2019), following the revealing of the Mene Tekel Uparsin/Writing on The Wall series of documents. This series was a “message to fallen angels first & man secondarily” (Dean’s words).

The whole is world weighed & found to be “to light” (found wanting). This image was posted in the original article. The Mene Tekel Code is all about money.

The Bible plainly tells us that man is unable to save himself & had been doomed to suffer death, even if it were possible for him to avoid sinning his whole life. This is due to the “original sin” committed by Adam and Eve. Our carnal minds were at enmity with God until the Holy Spirit is ingrafted in believers when we realize & admit that we are sinners & that God in the flesh (Jesus Christ) had died in our place, purchasing us, on the Cross & rose to life on the third day. For “the wages of sin is death.” Therefore, no man can purchase his own life. All that is required is that we believe in Jesus Christ, turn from sin, and serve Him with love toward our fellow man.

This generation has scoffed at this Good News & fallen away, so many great signs are saved for these last days, before Christ’s coming, to fulfill the prophecies found throughout the Bible (Luke 21:25).

There is little, if anything, that occurs by chance in this world. Even though we do have free choice, the outcome of our choices is directed by God. “He is in control.”

The Crown of Ethiopia (whose king once held the title, “Lion of the Tribe of Judah”)

With this in mind, (that men are disregarding God’s last-day signs), I start by saying that Dean asked me to let him know when the 18th Century Ethiopian Crown (depicting the Father, the Son & the Holy Spirit) was returned to its “rightful” owner as Dean knew that it would be on a special day.

The day that the crown was returned to Ethiopia, in a ceremony involving “The Prince of Peace” (Nobel Peace Prize winner Prime Minister of Ethiopia) Abiy Ahmed, was on February 20, 2020. This was the very same day that the Stock Market began its fall & the day Dean uploaded the image of the Lion/Flying Cherub to his website, (Haggai 2:6-8).  https://www.cnn.com/2020/02/20/africa/ethiopia-crown-returned-intl/index.html . This was 140 days from the Wolf Comet Document being posted & https://en.m.wikipedia.org/wiki/2020_stock_market_crash  Also see: https://1260d.com/2020/04/04/video-sign-of-comet-atlas-chief-of-titans-portent-of-corona-virus-and-bear-market/

The Crown and Scepter

A Crown & Scepter denotes a king’s right to rule.

Moreover, in the past the Emperor/King of Ethiopia held the title of “King of Kings” & the “Lion of Judah,” therefore the Prime Minister can be seen as a “type” of the once rejected Lamb of God, returning soon as a Lion King claiming the rule over all the ends of the Earth, which is rightfully His! (Rev.5:5 & Gen. 49:8-12)

Remember, the Wolf Comet’s (2I/Borisov) theorized origin was near the crown and scepter of the King of Ethiopia (Cepheus), shown below.

Unknown to Dean at the time, on the very day of the return of the crown, he uploaded the below image to his website.

“Benjamin is a ravenous wolf.” (Genesis 49:27). Just after the time of the original discovery of Comet Borisov, on the day it was revealed to me (The Feast of Trumpets: Hebrew Calendar), this interstellar comet was at the mouth of Leo (the Lion).

To keep it brief, this, in part, was about “Benjamin” Netanyahu, who had (by the timing explained in the “Wolf Comet” article) recently fallen from power in the recent election.

““Benjamin” Netanyahu (Trump’s counterpart) fell from power in the Israeli election that same day. But like a “ravenous wolf” he claws back.””

This was Dean’s interpretation (made through the Spirit), even though at the time, it looked like Gantz would form the new government.

On the evening of March 26, 2020, an agreement was made with the opposition party (Nisan 1st or 2nd ). www.jns.org/opinion/netanyahu-finally-deemed-winner-is-set-to-form-large-center-right-government/

This is like when King Saul was interim King until King David eventually became ruler over all Israel. (King David is a foreshadow of Jesus.) This is the purpose of all world leaders (spiritual & governmental). They are given power for a time, until Christ comes again. Even the Antichrist will be given power for a “short season.”

His an excerpt from “Jacob’s Acrostic Prophecy” found in Genesis 49, which in the surface text was a Prophecy made in regards to the future of the Tribes of Israel, just before Jacob’s death at 147 years of age. 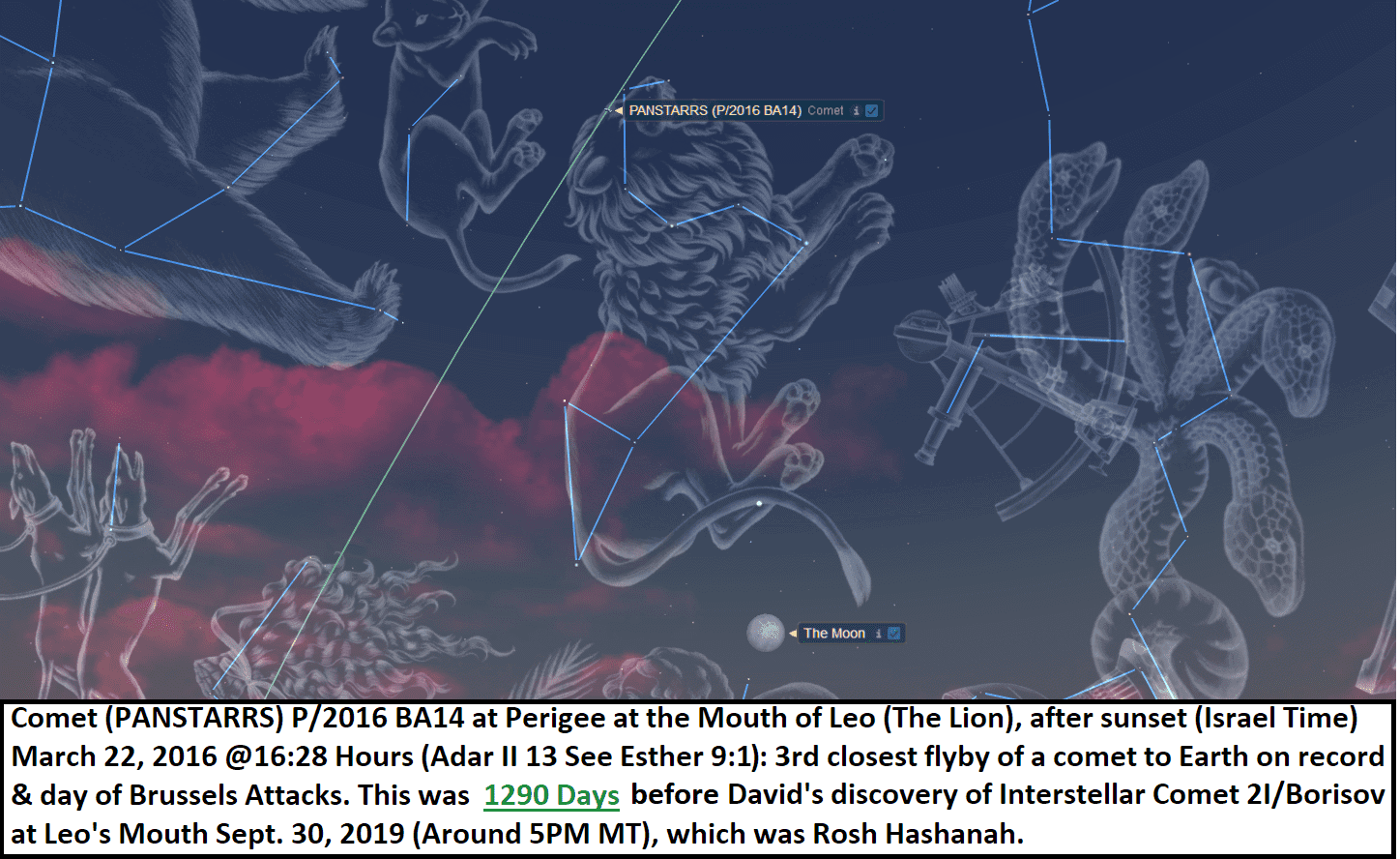 Rise and fall of the Dung god