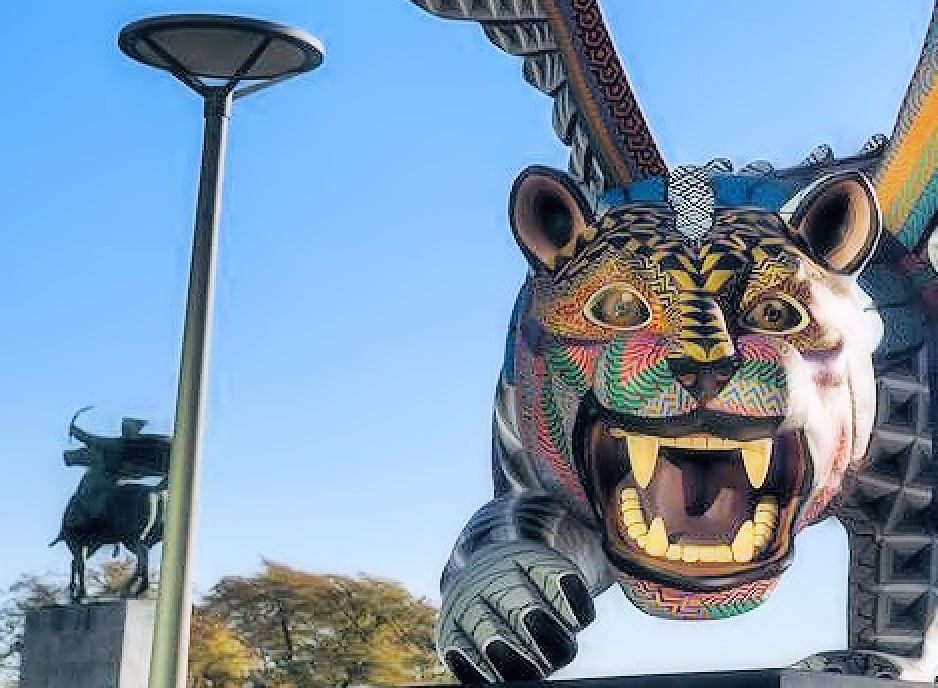 Chanda, thanks for bringing this to my attention.

Thanks for the Study Dean Excellent and I will be sharing it with our study group…..
Some very Interesting News:
UN HEADQUARTERS: STATUE OF LION WITH WINGS AS DESCRIBED IN DANIEL’S DREAM ERECTED
https://www.israel365news.com/263929/un-headquarters-statue-of-lion-with-wings-as-described-in-daniels-dream-erected/

The first was like a lion but had eagles’ wings. Daniel 7:4

This United Nations photo is dated to yesterday, “Dec. 9, 2021”, which on the Jewish calendar is “Teb. 5th”. This is the exact date I highlighted as of great importance in the Ezekiel Code that has to do with Daniel 9-12. That post was just three days beforehand!

A guardian for international peace and security sits on the Visitor's Plaza outside #UN Headquarters. The guardian is a fusion of jaguar and eagle and donated by the Government of Oaxaca, Mexico @MexOnu. It is created by artists Jacobo and Maria Angeles.
UN Photo/Manuel Elías pic.twitter.com/q8SSsQhz1L

All this is interesting because:

“At that time Michael, the great prince who protects your people, will arise. (Dan. 12:1)

“From the time that the daily sacrifice is abolished and the abomination that causes desolation is set up, there will be 1,290 days. Blessed is the one who waits for and reaches the end of the 1,335 days. (Dan. 12:11-12)

The statue is called, “Guardian for international peace and security”.

“For you, yourselves know perfectly that the day of the Lord so comes as a thief in the night. For when they say, “Peace and safety!” then sudden destruction comes upon them, as labor pains upon a pregnant woman. And they shall not escape. 4 But you, brethren, are not in darkness, so that this Day should overtake you as a thief”. 1 Thess. 5:2-3

Antichrist in UN photo at left side!

Take a look at the figure of someone with a drawn bow, riding a warhorse. Or at least, that’s what it looks like to me. Look to the left, below the lampstand.  (Click here to see what it actually is, seen close up. The “bow” is actually a large olive branch. The globe is in her right hand! “She is symbolically leading the Nations of the World towards Peace.” UN)

Daniel 12, where the 1290 & 1335 are referred to, also records the sealing of that prophecy until “the time of the end”. In the book of Revelation, the Lamb unseals it.

Note what the winged-cherub with “the face of a lion” (Rev. 4:6-8) says when the first seal is broken open:

I watched as the Lamb opened the first of the seven seals. Then I heard one of the four living creatures say in a voice like thunder, “Come!” 2 I looked, and there before me was a white horse! Its rider held a bow, and he was given a crown, and he rode out as a conqueror bent on conquest. Rev. 6:1

And the only comet visible with the naked eye became visible on Dec. 5, 2021, and increased over the next week until the glare of the sun overpowers it. It happens that 3.5 days after the Dec. 6th Lampstand ceremony in Israel, the comet crossed the “The Serpent Wrestler” constellation for another 3.5 days.

This fits well with our numeric.

Compare the below images with these verses.

The Lamb escapes the dragon and is “caught up to God and to his throne”, Rev. 12.

She gave birth to a son, a male child, who “will rule all the nations with an iron scepter.” And her child was snatched up to God and to his throne. 6 The woman fled into the wilderness to a place prepared for her by God, where she might be taken care of for 1,260 days. Rev. 12:5,6