Over the past few months, many articles were posted that discuss the reversing of numbers and letters, as if in a mirror.

Some may think the concept of a mirror as strange and unbiblical simply because they have never heard of it before.

The Bible is predominantly organized like a mirror, as a whole right down to individual letters.

Most already know the big picture, how that the Bible begins with “The Creation” and ends with “The New Creation”. The new creation mirrors the old. But what is true on this large scale is true on the small, as said, down to the very letters in the Bible in some cases.

The Bible contains thousands of chiasms, numerically, and thematically. I prefer to call a chiasm “mirroring”, just because its easier to conceptualize.

Please review this Wikipedia article in order to know what a chiasm is.

Below is taken from the Wikipedia article. It is one of the best know chiasms in the Bible. It serves to introduce the reader to this literary device in the Bible.

At 1260d.com, I talk a lot about “the mirror”, how that dates in BC mirror itself in AD. This is just another type of Chiasm, albeit, clearly of divine origin. After all, only God knows the future.

Below is quoted from Wikipedia.

Gordon Wenham has analyzed the Genesis Flood narrative and has shown that it is essentially an elaborate chiasm.[8] Based on the earlier study of the grammatical structure by F. I. Andersen,[9] Wenham illustrated a chiastic structure as displayed in the following two tables.

Within this overall structure, there is a numerical mini-chiasm of 7s, 40s, and 150s:

Now that the reader knows what a chiasm (mirroring) is another.

I will attempt to keep things simple. This is my goal for the future.

Abraham was 75 years old when called out of Babylon (Ur of the Chaldees) to go to the Promised Land (Canaan). (Click here for timelines.)

At 100 years of age, his promised son Isaac was born.

These four points of time divide the life of Abraham into three sections and form a mirror.

75 years to death of Abraham.

Thus, there are two 75 and 100-year spans within the life of Abraham. (The call of Abram out of Ur unto his death are also 100 years.)

Life of Abraham is structured after the seven-branched menorah (lampstand) 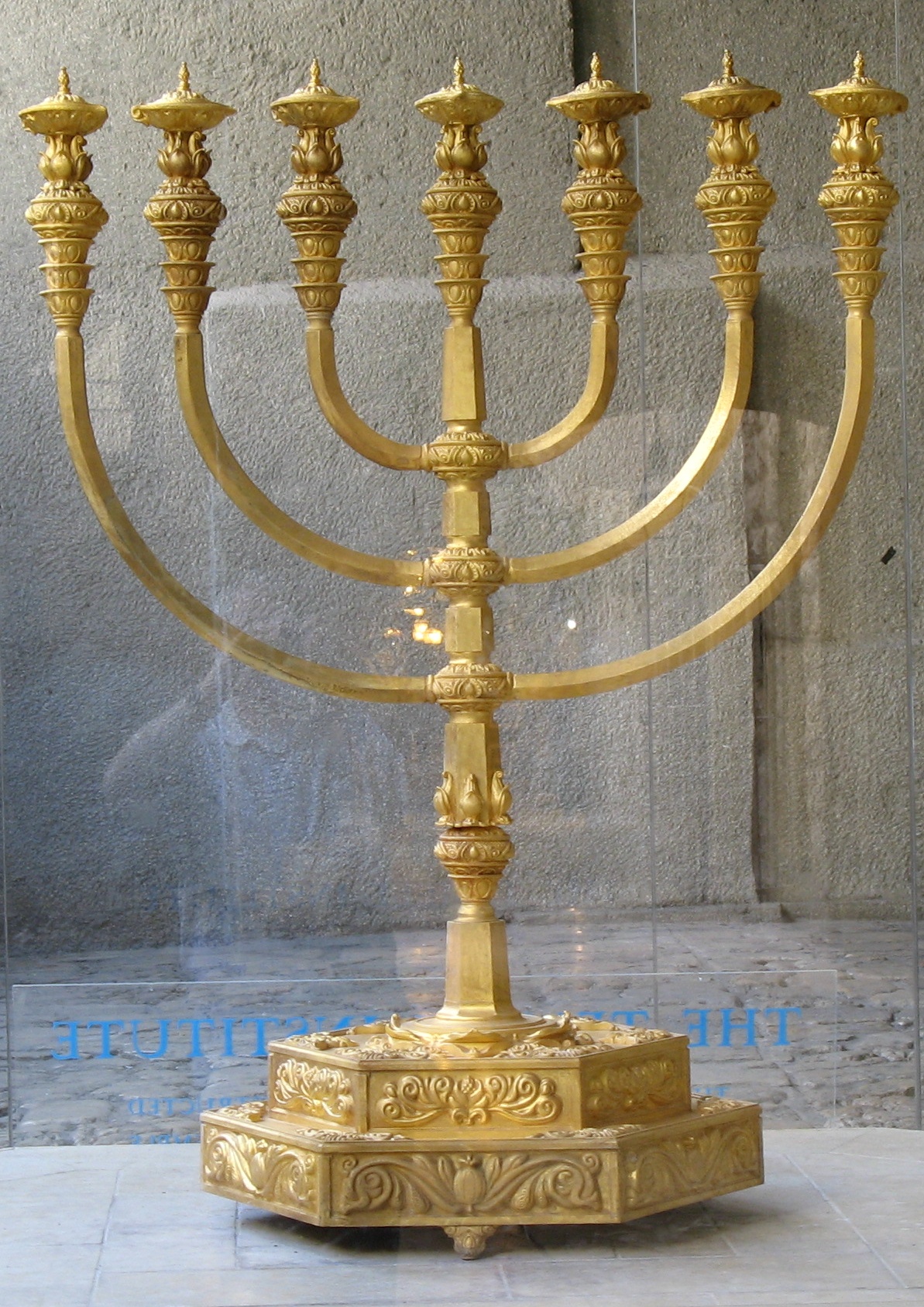 The menorah מְנוֹרָה was fashioned after a tree.

The middle flame of a menorah is its main trunk and the other six are its branches.

“Five” is the number of fingers on your hand. In the Bible, giving a hand means to help someone, as it does in English. Helping someone underserved is the definition of “grace”.

The birth of Jesus

The very  first verse in the New Testament reads:

This is the genealogy of Jesus the Messiah the son of David, the son of Abraham: (Matt. 1:1)

The death of Jesus

Jesus died when both hands were stretched out on a tree (cross).

Jesus is the Menorah of God, snuffed out for us, reignited three days later.

There are many more mirror-like structures in the Bible.

But I do not want to complicate it.

From the article about chiasms from Wikipedia:

Form critic, Nils Lund, acknowledged Jewish and classical patterns of writing in the New Testament, including the use of chiastic structures throughout.[10]

The writer of the book of Ephesians uses a chiastic structure to bracket the entire book.[11]