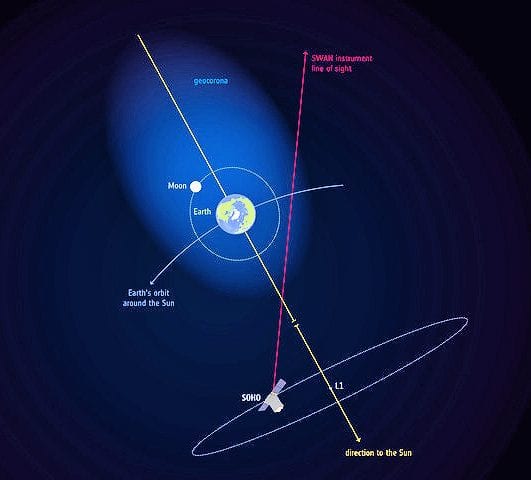 (Chronologically, this sign should be the 13th sign, but I will correct that later. I still have not written “Star of Isis and Virgin darkened”!)

The above is the headline of RT News. PBS and many other news outlets reported on this scientific discovery that was overlooked for about 20 years.

Why is it important that the air on earth reaches the moon?

Because the devil is called “the prince of the power of the air”. Thus, his reach includes the moon!

And it’s the timeliness of this scientific report to the public that is surely not a coincidence.

The past 20 posts have one consistent theme: “The Moon god is judged!”

God has given a great many signs these past couple months to declare this fact to whoever is listening. The devil has lost ground in some way and is come down to the earth angry. I’m not sure what all that means practically, but there you have it.

This seems strange to most, I know. But as I have been saying, the moon god throughout the ages was often seen as the supreme deity. The Bible hints at this in the following verse, (as quoted in the post about the 1st sign).

In other words, the original Hebrew can read that the moon (the lesser light) was made to rule the night and the stars that are visible at night.

Base of operation on Moon?

I will not labor this point, but it seems apparent that the barren moon is the base of operation for “the prince of the power of the air”, that is, the devil.

As for you, you were dead in your trespasses and sins, in which you used to walk when you conformed to the ways of this world and of the ruler of the power of the air, the spirit who is now at work in the sons of disobedience. (Eph 2:1-2)

(Strongs) ὁ ἄρχων τῆς ἐξουσίας τοῦ ἀέρος in Ephesians 2:2 signifies ‘the ruler of the powers (spirits, see ἐξουσία 4 c. ββ.) in the air,’ i. e. the devil, the prince of the demons that according to Jewish opinion fill the realm of air (cf. Meyer at the passage; [B. D. American edition under the word Air; Stuart in Bib. Sacr. for 1843, p. 139f]).

What I do NOT mean

By all this, I do not mean that the devil needs oxygen as if he was a physical being. Ephesians 2:2 says that the prince of the air is a “spirit”. However, I have been implying in my posts that the devil’s area of control includes the moon. However, at first glance, it appeared that Eph 2:2 would contradict that. After all, the domain of the devil and his angels is in the realm of the “air” (atmosphere).

But now is the time of exposure. Now is another stage in the fall of Lucifer. God exposes his base of operation, and him with it. It turns out that the atmosphere of earth stretches out twice the distance of the moon, although extremely thin. The moon is indeed part of the realm of the “air”, the realm under the devil’s control.

Why locate on the moon? I do not know. It might simply be a gravitational reason — even a spirit might need a physical location with gravity to function best. (It appears that gravity is not limited to our dimension of reality, such as dark matter.)

Is the moon just a metaphor?

It might also simply be that the moon is just a metaphor for the place from which he assaults the earth with demons and principalities under his control. But given the fact that this report that the realm of the air includes the moon, to me, strongly suggests more than a metaphor.

There are different places in the Bible and in cultures around the world, where the moon has sway over men, often in a malevolent way. I leave that study to the reader. I do not mean to make a doctrine of this. But one thing I am sure of. The moon is symbolic of the place where the devil rules over “the darkness of this world”, and perhaps it is literal.

Israel to the moon

In the light of all this, the 14th sign of the Bible and Israel blasting to the Moon makes more sense. One might even say that the above patch by NASA to commemorate this mission looks a lot like the atmosphere of earth stretched to the moon — like a pyramid.

Ironically, the article by RTNews about the atmosphere of earth reaching the moon was published the same day that this rocket took off!

Gateway to the moon

In seven years, NASA plans to build a “Gateway” that orbits the moon. Ironically, Babel literally means, “Gateway to the heavens”.  2026 is the 70th jubilee from when Jericho fell. (The word, ‘Jericho’ means “moon”.)

The US space agency plans to build a small space station, dubbed Gateway, in the moon’s orbit by 2026, and envisages a manned mission to Mars in the following decade.

And Elon Musk wants to build a  permanent moon base.