An amazing prophecy emerges when the meanings of all 72 names in the genealogy from Adam to Jesus are read sequentially!

Detailed notes on each name

The meaning of a name was very important in bible days. The bible itself informs the reader what the meaning of many biblical persons is, men of renown such as Adam, Cain, Seth, Noah, Abraham, Isaac, Jacob, and all his 12 sons. Their names tell the story of why or how they were born.

Some have wondered if these names (with their meanings) were intended by God to be strung together in chronological succession to tell some larger story. Already, the first ten names in the bible, from Adam to Noah, have been strung together. But do they continue to read like this to Jesus, 72 persons?

Meaning of All 72 Names Strung Together

Read down the right column where the meaning of each consecutive name in Jesus’ genealogy is given, and note the unfolding prophecy.

The promise to fallen man

Both evil and hope branch out like a plant

(The “friend” of the downtrodden is angry)

A mighty Father and a Prince who save a people

(See, “Why include these extra six names?”)

The Prince described, and his mission

The Son relies on his Father to raise him up

The Son identifies himself as co-creator;
The Son prays to his Father for help

The Son praises his Father for help;
Concluding blessing upon Messiah and his people

Click here for detailed notes on each name and general notes about the number of names and methodology.

Another type of bible code has also been recently discovered. It occurs within the first 20 names from Adam to Abraham and confirms the Names Code. In the original Hebrew, the first letter of each consecutive name from Adam to Abraham’s father, “Terah,” forms a complex acrostic. (The acrostic will be examined separately in the second part of this study.)

The Promise of Forgiveness

The above Bible-Names Code paraphrased and illustrated

Click here for no notes or images (for printing).

The Promise to Fallen Man

The God-Man is appointed; a man of sorrow is born!

The Glory of God shall come down from heaven and teach men that through His death, He shall bring comfort and rest to those who mourn.

Both evil and hope branch out like a plant

The fame of the stronghold of Babylon, and sorrow, extend their borders like a plant beyond the place of division (at the Tower of Babel).

— But I will make Babylon fade away!

The “Friend” of the Downtrodden is Angry

A friend also branches out (like a plant), enraged with fury!

A mighty Father and a Prince who save a people 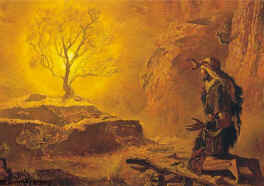 A glorious father, the father of a great multitude, laughs as he outwits (his enemy). A righteous prince sees God!

A mighty one fights! {He joins himself to an assembly, a glorious people whom he rescued, stranger(s) in a strange land, captives delivered by God!”}

The Prince described, and his mission

One who praises the Lord breaks open a way into a safe place surrounded by a high wall.

O’ my people who belong to the prince, a prophet clothed with strength, who serves (the Lord), is here! (He is) the Lord’s loving gift, His payment for peace that sets the people free.

The Son relies on his Father to raise him up 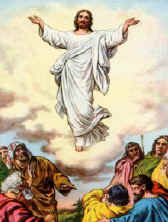 My Father is the Lord, the healer of him whom the Lord judged and then raised up.

The Lord has taken hold of me, and the Lord is strong! Mighty is the Lord! My strength and help are in the Lord! The Lord is perfect! I took hold of the strength of the Lord, and it made me forget my misery.

The Son identifies himself as co-creator

The Son prays and praises his Father for help 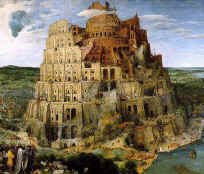 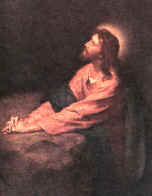 I have asked God about the ransomed of the Lord — those exiled in Babylon. My Father is awesome! God’s (answer) is that He will raise up a helper. The Just One will the Lord raise up! God is my praise! God is the One who helps.

Concluding blessing upon messiah and his people

May the Gift of Jacob (i.e., the nation of Israel, “the one who grasped the heel”) increase in greatness, for God is with us — the Messiah and Savior of those called out (of Babylon).

The Bible-Names Acrostic: The Promise of Forgiveness 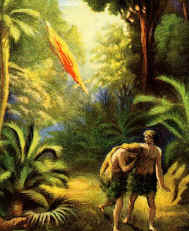 The acrostic from Adam to the great-grandson of Moses reads:

“I will forgive my enemies, having compassion, forgiving those made from the dust once again.”

Detailed Notes on Each Name
No notes, “Printable Version”

Note: The righteous line of Adam to Noah continues on through to Jesus and His “Church.” The word “Church” is listed as the last name in the genealogy because, in a theological sense, His Church, which was “born” just 50 days after Jesus died, caps off the genealogy of Jesus. This is in agreement with Isaiah the prophet, “…he will see his offspring and prolong his days” (Isa. 53). (Click here for the method of decoding the Bible Names Code.)

Click here for detailed notes on each name in the “Bible Names Code.”

Click here for detailed notes on each name in the “Bible Names Code,” as well as general notes about the number of names.

1.   Sometimes, a word in Hebrew has a double meaning that is lost in English. On a few occasions, both meanings are used to bring out the full sense. This is especially true if the bible itself applies the meaning of a name in more than one way. Therefore the same liberty has been taken in the code (example, Perez). Our purpose is to decipher the names-code. It is not to burden it with a modern methodology foreign to the Bible and ancient near-eastern culture. To do so would be a huge mistake.

Our interpretation must remain within the boundary that the Bible gives to names. There are many names where the Bible itself explains their meanings and applications. One cannot properly unravel the names code without first studying them, for they are the key that unlocks this code. Adam, Cain, Seth, Noah, Abraham, Isaac, Jacob (and all 12 sons), Perez, Peleg, and Jesus all have the meaning of their names explicitly given in the bible. And there are several women also.

2.   On a few occasions (as with Uzziah/Azariah and Eliakim/Jehoiakim), the person had two or more (often similar) names. Their meanings have been rendered as a compilation of both.

3.   Sometimes, in the Bible, one name has two meanings: the literal meaning and meaning based upon another word that only sounds like the literal word. In other words, a pun. An example of this is the naming of Zebulun in Gen. 30:19-20. Also, see the long list of puns on names in Jeremiah 48:1-9 and elsewhere. There likewise appears to be a few (not many) instances of this in the names-code, as with Kenan, Methuselah, Lamech, Arphaxad (both literal and as a pun), and perhaps Boaz. Also, see the note for Abraham.

4.   On several occasions, a noun has been used as a verb, such as Serug (meaning “a branch”). Since it is in parallel with the verb before it, “to sprout,” the meaning of Serug likely carries this same sense also. Moreover, there is also a reference in the bible to the branch of the Lord “branching forth” (Isa.11:1; Zech. 3:8; 6:12).

5.   “And”, “but”, “of”, “the”, “is/are”, “in”, “to” etc., are included in the meaning as simple connector words necessary in a code of this type, and not uncommon in normal Hebrew too. Other additions are used only when the meaning is strongly implied. These are bracketed. The code could read without these inserted words in the brackets, which would hinder the casual reader. It would especially hinder one unfamiliar with the biblical narratives because the names-code runs through the biblical history of man and interprets it as it goes. Recognizing this is key to interpreting the code in segments or as a whole. The names-code summarizes the history of man as seen through the eyes of a Jew!

6.   Sometimes, the names appear out of order to the English reader but not in Hebrew since the adjective usually follows the noun in Hebrew, and there are other differences between Hebrew and English. (See#57 and note for an example.)

7.   The context determines tense because tense can be blurred in Hebrew when dealing with prophecy, except for Jeconiah. He had three names the same, two of which were exactly the same except for one being future and the other being past tense. Therefore, since the names make this distinction, it is thus reflected in the code.

8.   Wherever the code reads “the Lord,” it reads “Jehovah” (or “Jah” as shortened), or as more correctly pronounced, “Yahweh.” Jehovah is the personal name of God given to Israel by covenant at the time of the Exodus.

Over a dozen sources were used to dig into the meaning of these names, many of which are found in the E-Sword free software. The classic and monumental works of “Brown Drivers and Briggs Hebrew and English Lexicon” and “The International Standard Bible Encyclopaedia” were the main resources, also free over the internet. Therefore others can verify the names for themselves.

Click here for detailed notes on each name in the “Names Code.”

Detailed Notes on Each Name
No notes, “Printable Version”