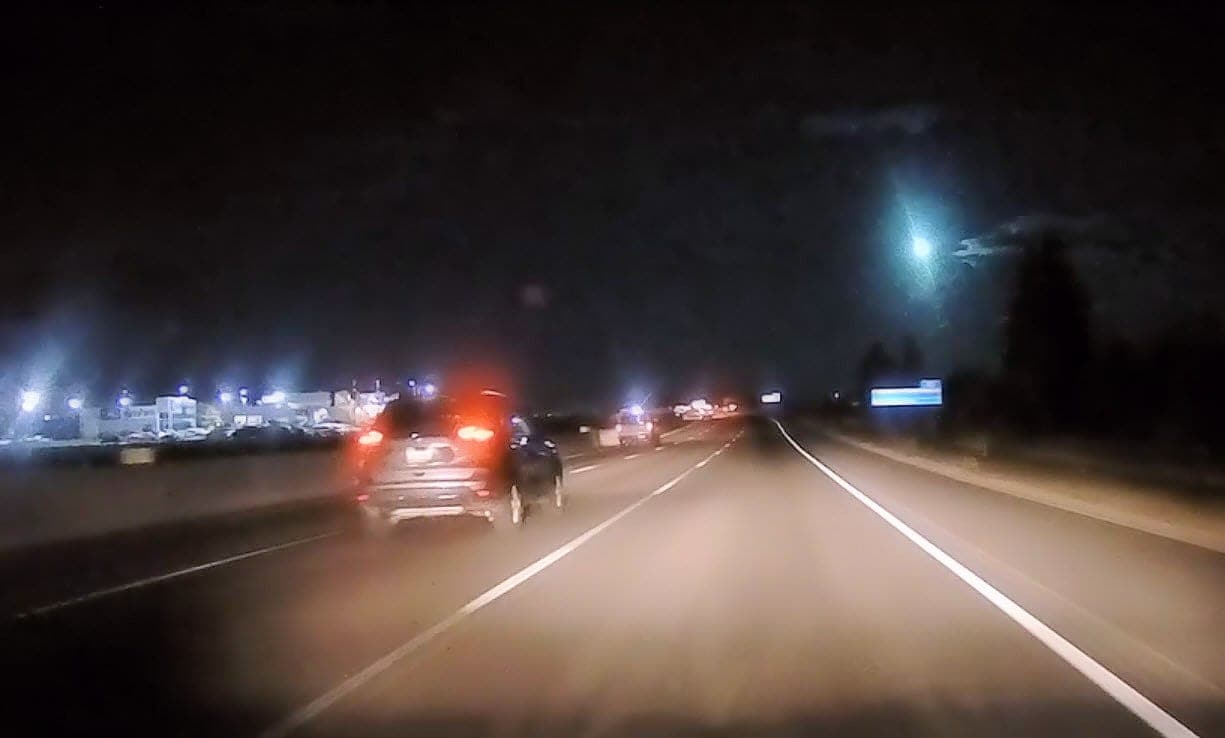 A bright falling star is seen from Barrie Ontario to Ohio, Pennsylvania, Washingon, and across the East Coast.

“It was a blue-white streak ending with a white explosion that had a red-orange glow around the bottom as it ended..(680News)

The bright flash was also spotted in the skies over parts of Ohio and Pennsylvania and the East Coast.

We now received more than 320 reports and a couple of videos about the fireball seen above Ohio this morning.https://t.co/8imvmtpB6v pic.twitter.com/rT3RqYVP69

This is what the Lord showed me: Something shifted in the spirit realm the afternoon of Sept 26th, 2020, at Washington and the world. That was the day of the massive Repentance rally before the Whitehouse three-and-a-half days ago.

The enemy lost ground, “but woe to earth”.

Lying signs and wonders through doctored images, “fake news”, is about to increase sevenfold like the darkened sun, yet all the while claiming to be light. Both the world and Christendom will be deceived, although in opposite extremes.

But the light of revelation with power will shine all the more bright for those who hear the voice of the Lamb and follow Him. They “have no need that any man teaches them”, 1 John 2:27.

The American Meteor Society told news agency AP that the bright fireball was most likely a random meteor, not associated with any major meteor shower.

In the previous posts (Sept. 24th and 28th ), I discussed the signs on the earth concerning the hurricanes. But Jesus also said that there would be signs in the heavens. This is a relatively small sign, but worth mentioning.

There will be signs in the sun and moon and stars, and on the earth dismay among the nations, bewildered by the roaring of the sea and the surging of the waves. Luke 21:25

Exactly seven days later, early Wednesday morning at 6:24 a.m., September 30th, 2020, the fireball happened — a bright falling star, seen from Barrie, Ontario, all the way to Ohio and along the East Coast.

There were also many reports from Washington DC, the sight of “The Return” near the Whitehouse three-and-a-half days earlier when Johnathan Cahn blew seven trumpet-blasts,  attended by tens of thousands as discussed in the previous post.  I personally live in the Barrie area, which is the northern limit of observation.

I will share with you what it means, but first, the precise timing is important.

Timing of the Falling Star on the newly revealed Enoch Calendar

The Enoch calendar runs on fixed cycles that always begin Wednesday morning. The fireball also occurred Wednesday morning. Because this sign occurred when it was still dark, one can view this as happened at the very end of the 7th month and the 7th day — (or 14th day). (See ‘Enoch’s 7th month.’) On the other hand, technically speaking, the Enoch calendar begins at “6 a.m.”, and consequently the heavenly sign occurred 24 minutes after 6 a.m., and thus the next day, (EST).

Thus the moment of the sign can also be viewed as the start of the next day, which, then, commenced the Feast of Tabernacles on the Enoch calendar. In other words, this sign occurred at the very hour best positioned to maximize the symbolism of the “beginning, middle and end” of the week and of the seven trumpets as referred to in the past series of posts. (See, Trump Peace Treaty).

The Location of the Falling Star

The location is also important. For one thing, it was seen on “Hwy 400”, near Barrie, near the same location on this highway of another sign that was posted several years ago.  As said at that time, the number “400” reminds us of “the 400 years in Egypt”.

(That post had to do with the fires in California: notice that the theme of “North to South” is once again in the news! See 1260d.com/2018/11/14/south-north-california-fires-paradise) (And also see the sign of the 400 years, posted just a couple of days ago, on the 28th of Sept., and updated again on the 29th.)

Compare the above image to the Prophetic Map, as explained in about a hundred posts the past two years.

Another view from a cam as the same meteor lights up the sky over Pennsylvania, Ohio.

Falling Stars are often associated with fallen angels in the Bible

I am not saying this is the fulfillment of the below verses, but instead, they are a reminder of them.

The third angel blew his trumpet, and a great star fell from heaven, blazing like a torch, and it fell on a third of the rivers and on the springs of water. (Rev. 8:10)

And the fifth angel blew his trumpet, and I saw a star fallen from heaven to earth, and he was given the key to the shaft of the bottomless pit. (Rev. 9:1)

Below is the past series of posts related to this sign: