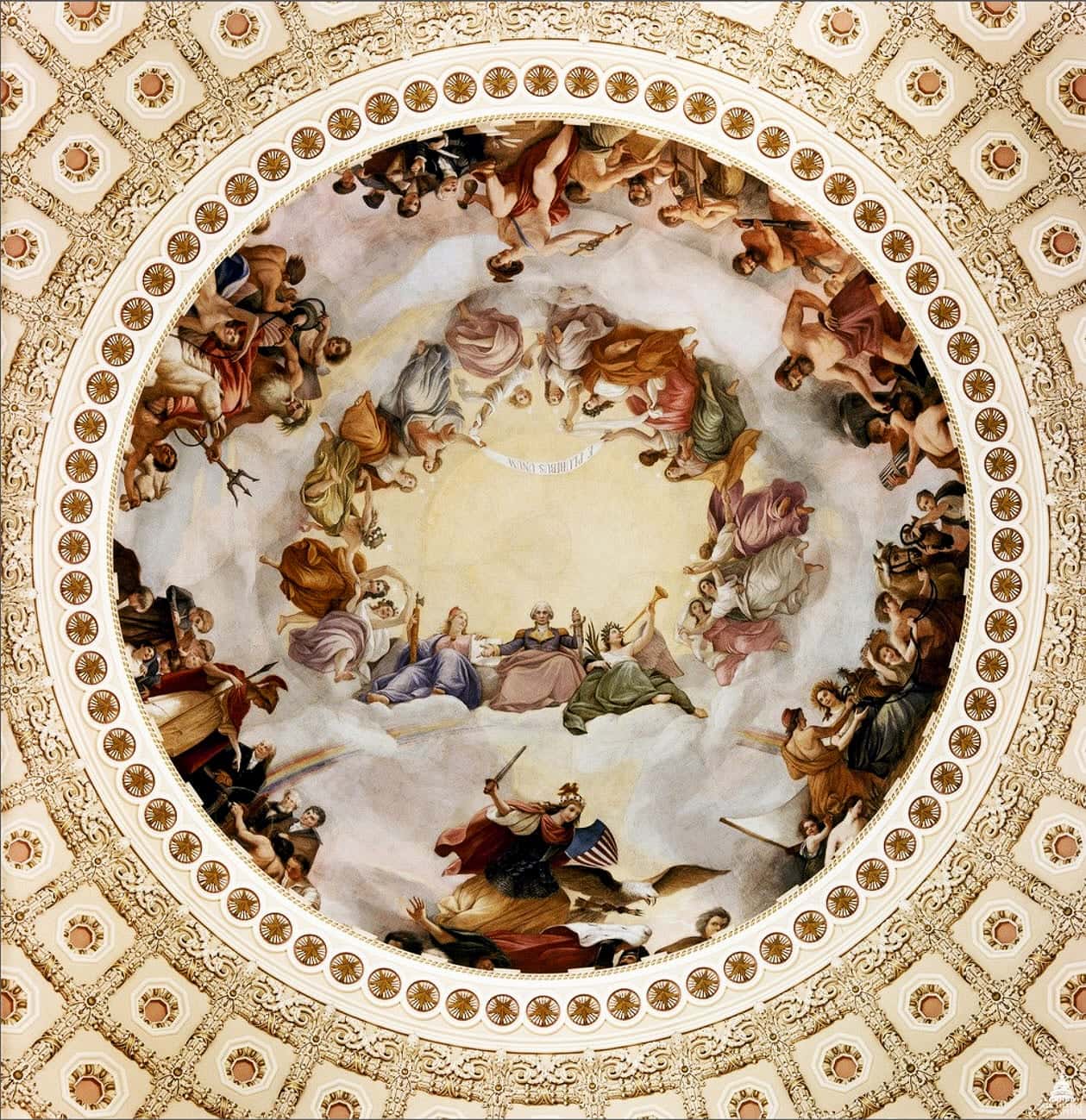 The Apotheosis
The Apotheosis depicts George Washington ascending into the heavens. In the center, Washington is flanked by allegorical figures representing Liberty/Authority and Victory/Fame; a rainbow arches through the clouds beneath him. He is surrounded by female figures in flowing robes representing the original 13 states. Some hold a banner with the motto “E Pluribus Unum,” meaning “Out of Many One.” Around the canopy’s perimeter, on the ground below, six groups represent War, Science, Marine, Commerce, Mechanics, and Agriculture. Each scene combines classical gods and goddesses, figures from American history, and the latest 19th-century inventions.