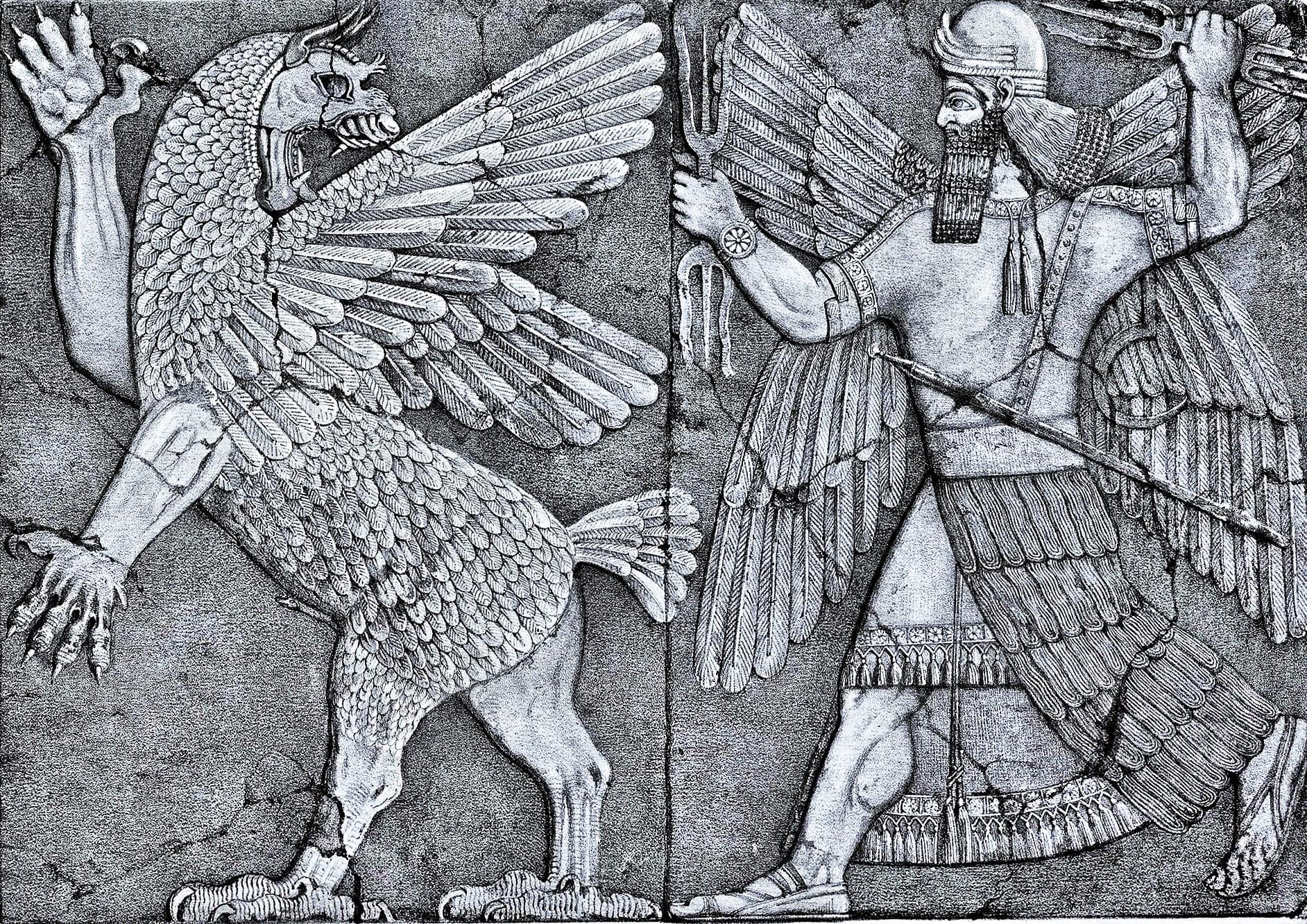 Sun-god-and Chaos. Apkallu (Akkadian), or Abgal (Sumerian), are terms found in cuneiform inscriptions that in general mean either “wise” or “sage.”

In several contexts the Apkallu are seven demi-gods, sometimes described as part man and part fish, associated with human wisdom; these creatures are often referred to in scholarly literature as the Seven Sages. Each sage has an association with a specific mythic King.