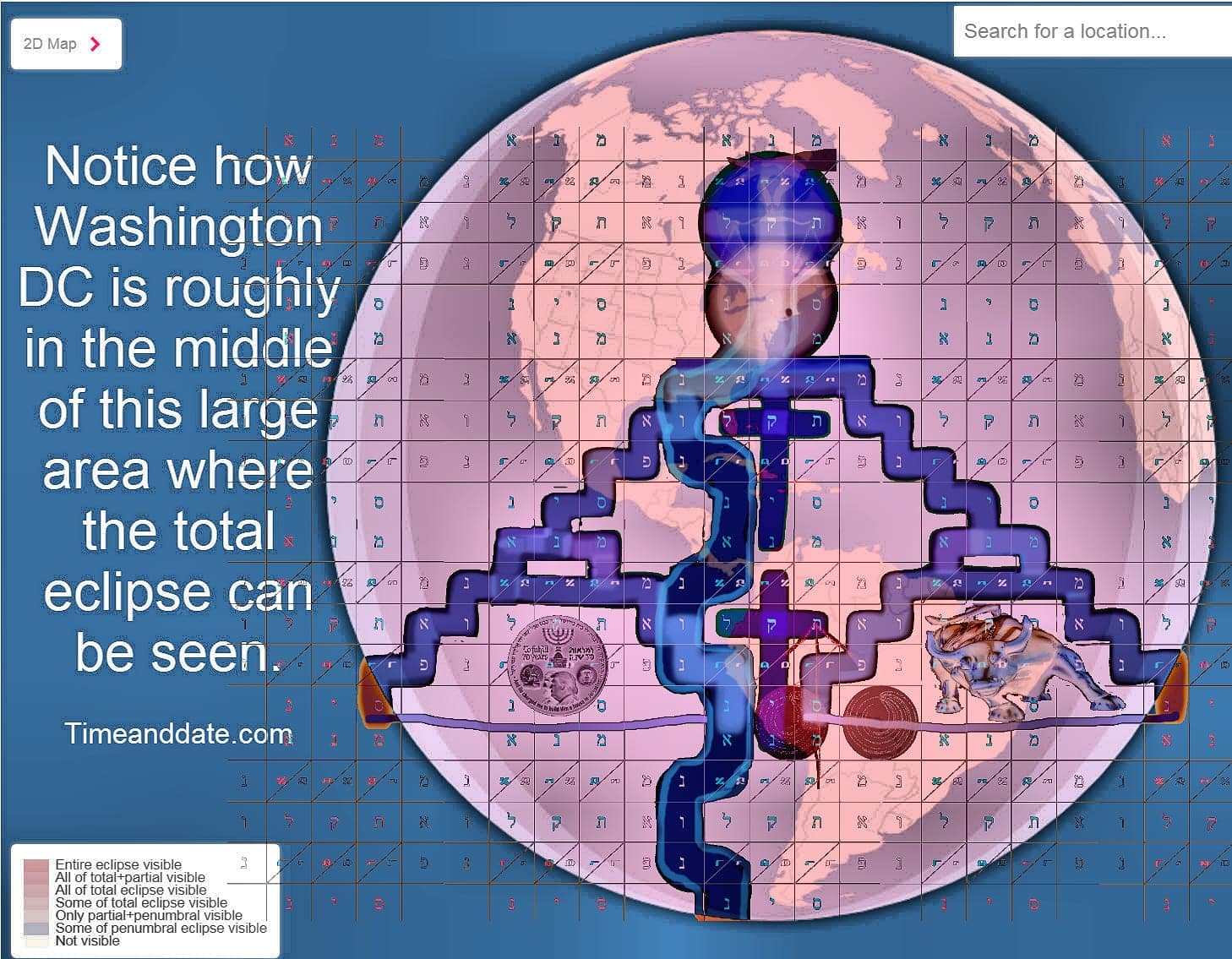 “The Trump Super Blood Wolf Moon”!  (Both images superimposed.) Moon atop Ziggurat/Balance in image overlaps both Washington DC and New Yor city. Both cities are of great importance to Trump and are political and financial Babylon, respectively. Notice how well the eye of the serpent within the eclipsed moon in the picture-code overlaps New York City (Babylon) where the Trade Center fell as per the first part of the Mene-Tekel Code published 18 years ago. When superimposed over the map of the actual lunar eclipse. Coincidence?