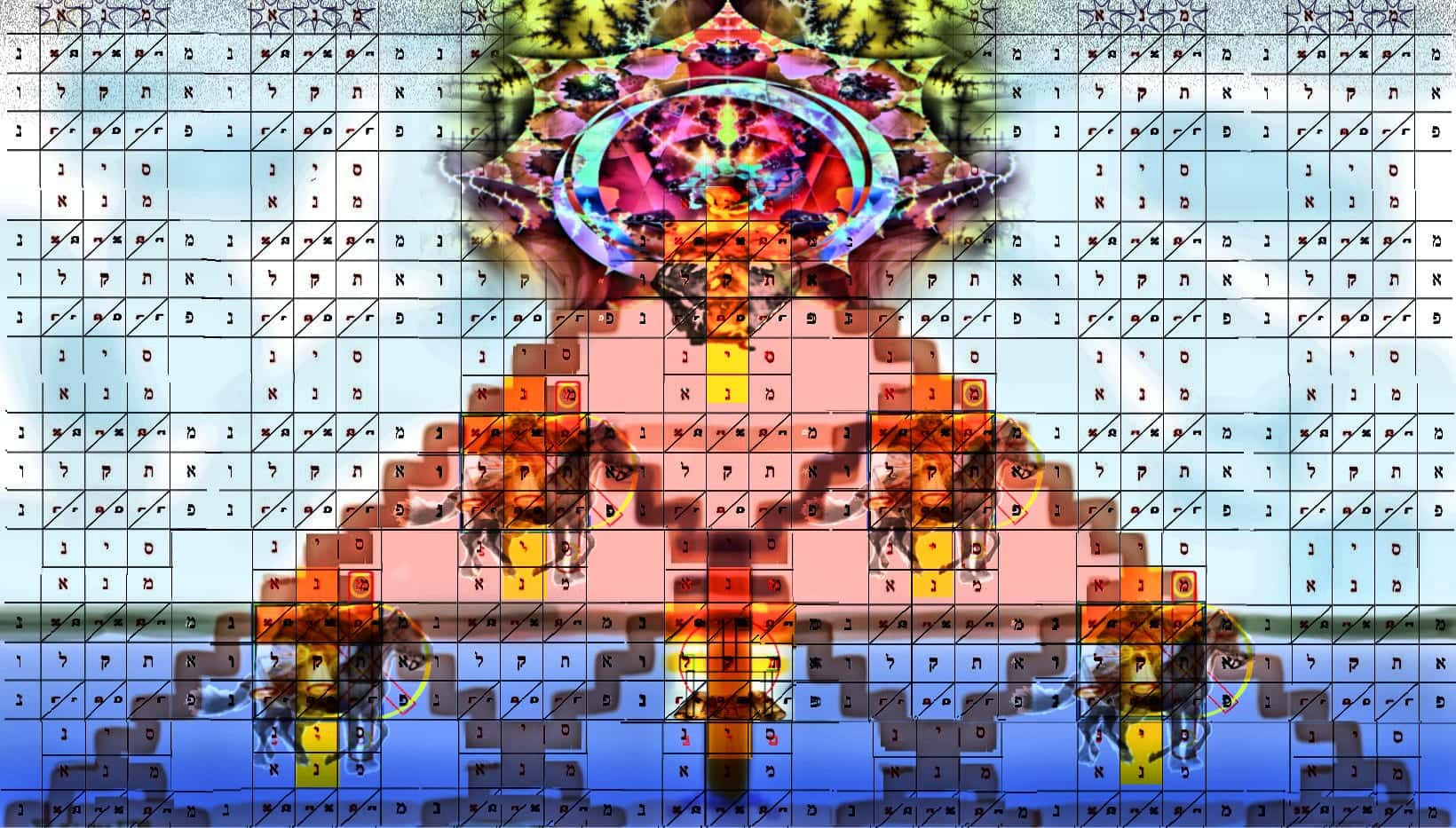 Click to enlarge. The seven seals of the Apocalypse. 1-4 are the four horsemen. The skull and cross are 5th seal (“Martyrs under the altar”). The 6th seal is the heavens rolling up as a scroll and mountains and islands moved — at middle bottom. The seventh seal opens up heaven and becomes the seven angels with seven trumpets at top of the pyramid as a fractal. (The purpose of a Ziggurat, (such as “Jacob’s ladder”) was to open heaven’s stargate.) The below-enlarged image is this seventh seal as seen atop the pyramid.