Another update to the record tornado outbreak!

Compare all that was read in the earlier two posts about the tornado outbreak with the two solar eclipses across the United States! (Also see Sign 13, A,B,C,D.)

The following is from the series of articles back a year-and-a-half ago concerning the 2018 solar eclipse.

Note the path of the solar eclipse over North America. Keep in mind that this image and caption was posted over a year ago in the context of upcoming floods. (But God has blinded men’s eyes to see what is happening under heaven.)

Now compare these eclipses when superimposed upon the prophetic map below. Especially note how the total solar eclipse over North America set to happen in five years perfectly aligns to the left side of the pyramid with the intersection point of the two North American eclipses crisscross marking the spot where I said that the last segment to the capstone of Babylon has yet to be completed.

Moreover, all this is repeated at the right side of the pyramid that lays over the Middle East.

Are we to believe that all this is a coincidence?

Then consider this next image also posted a year and a half ago concerning the location in the sky of the 2017 total solar eclipse over North America. Compare Leo (Lion constellation) with the prophetic image and note that as the sun overlaps the moon it does so at the same place on the map where the two eclipses crisscross, etc!

As always, there is more…

And also note this next image, taken from this same post over a year ago.

“Ishtar (Venus) is gored upon her own horns“

I noticed that the Jefferson city tornado was framed in a triangle on the following map.

My response to an email:

Another twister touched down a few miles outside of Joplin — exactly eight years to the day an EF-5 tornado slammed the city, killing 158 people and leaving more than 1,000 injured. President Trump said “our hearts” go out to Missouri. (Fox News)

This earlier one in Joplin was predicted to occur about five months ahead of time as that day was 1260 + 1260 days from the Baal Balance Bible Code.

http://www.bible-codes.org/Joplin_tornado-2011-predicted.htm
A friend of mine wrote to me several weeks ago to expect an event around this time related to this code, therefore we have been watching.

Capstone at the top is about to be put in as seen in the image below it. Joplin  Missouri marks the spot on the above image that is yet to be drawn to complete the capstone.

The prediction of another event this year was based upon the importance of the 15 years from that code coming up.

(Likely there is another round to come in about a month. I will not elaborate on why the 15 years is important, but it has to do with the ‘mirroring effect‘.)

The Baal Balance Code mirrors this one and is incorporated into it.  (See above image.) Both codes reveal a large pyramid with a false god being judged, and so forth. Both are from passages to do with the fall of Babylon, (Daniel 5 and Isaiah 46.)
Therefore, both Joplin and Jefferson city are important. Together they create the beginning of the diagonal line that is lacking in the prophetic image. This section at the upper left corner of the pyramid is the only spot on the pyramid incomplete. This short missing line (from Missouri to central Ontario) symbolizes that the time of the end is all most up, and the cup of iniquity almost full.
This diagonal path may, in fact, represent the path of one single tornado, but authorities are unsure upon further investigation.
www.foxnews.com/us/violent-tornado-strikes-jefferson-city-missouri-causing-extensive-damage-as-storms-kill-at-least-3-across-state

Near Joplin, Mo., an 18-year-old woman was swept off a flooded road Monday and stranded overnight until residents heard her yelling. She suffered minor injuries.

The Missouri River is expected to reach significant flood levels by the end of the week in parts of the state. Fox News

The (Missouri) river has been flooding off and on since March, breaching dozens of levees and causing billions of dollars of damage to farmland, homes and businesses across the Midwest. Fox News.

I hope you don’t mind, but I will post your email (without your name or email address) on my site. It will help me to keep things simple and I will not waste a lot of time recording these events.
Thanks!
Click here for an important update:
Record stretch of tornadoes (“and an earthquake”) 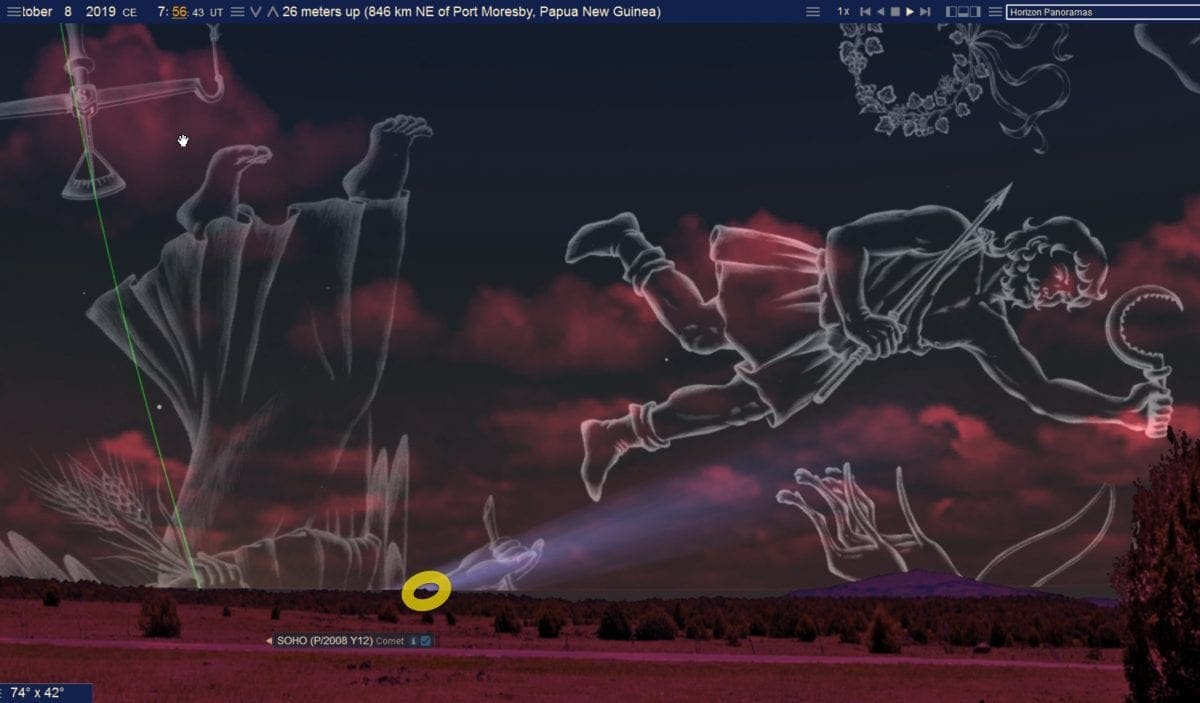 In the previous post about the upcoming Day-of-Atonement comet, I said to expect (as usual) “signs following”:

It’s because of where this is located on the prophetic map posted two days before the quake (in this post). The far eastern side of Papua New Guinea (where the quake occurred) is the only place on earth that coincides in every way with the below prophetic image.

I have included the rest of this update about the earthquake at the end of the post about the Day-of-Atonement comet. 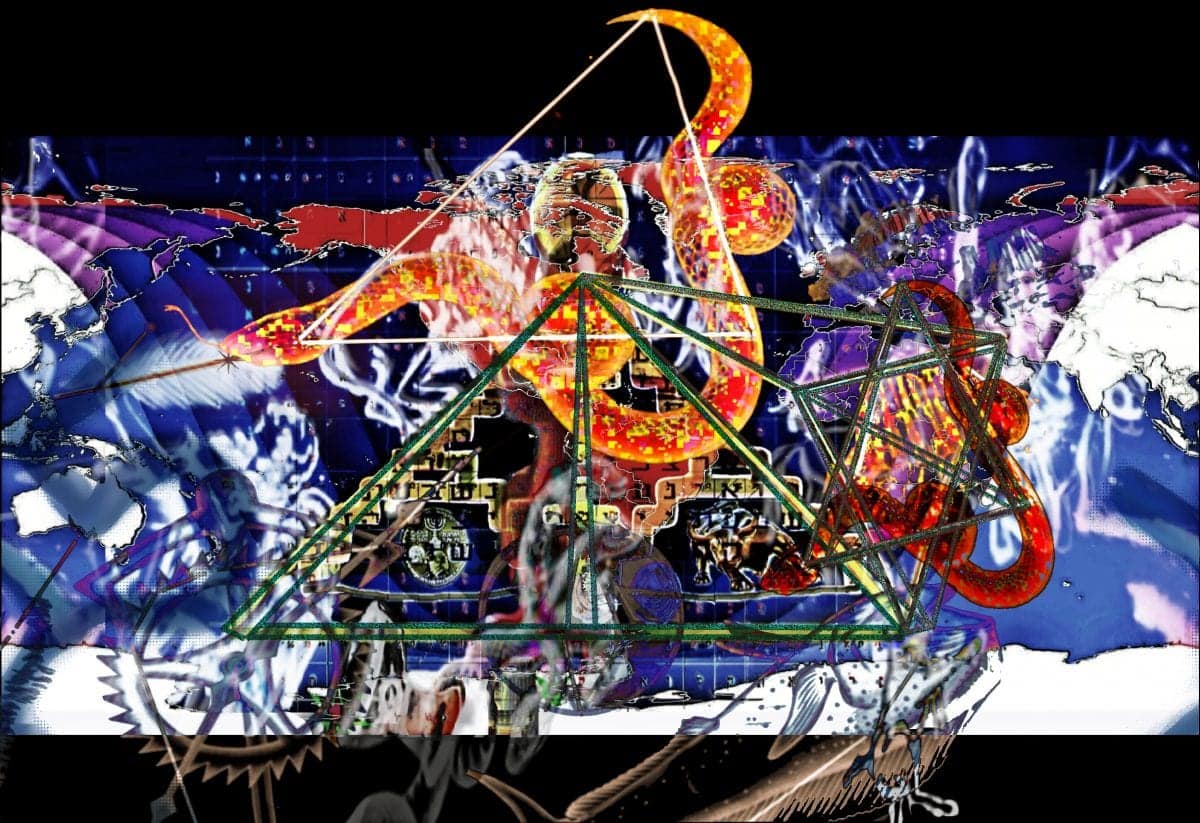 This post is basically what is written at the Home Page. It has been reposted here so that regular readers do not miss it. It is the next stage in the development of this prophetic image of Mystery Babylon.

(See the later section in this post concerning the expanding Universe for this added layer in the prophetic image of Mystery Babylon.)

The Hebrew of Isa 45:21-23 and Dan 5:25 runs through the image. The path of Sirius’s shadow, the morning star, rises from the pit! See “Sign 13B” for more about how this globe of Babylon was deciphered.

Mystery Babylon was revealed 42 months after the blueprint for the “Temple of Time: Blood-Moon Tetrad“.

Every line in the above image has been drawn according to its position relative to a lunar eclipse, two stars (Virginis Chi and Sirius) and the planet Venus. The eclipse was on Jan 20, 2019, and the others were blotted out 30 days later. Moreover, a “falling star” (asteroid) struck the moon at the very minute of totality.

The star along the rod of Virgo is where this black hole is located (“M87”, superimposed over the map). 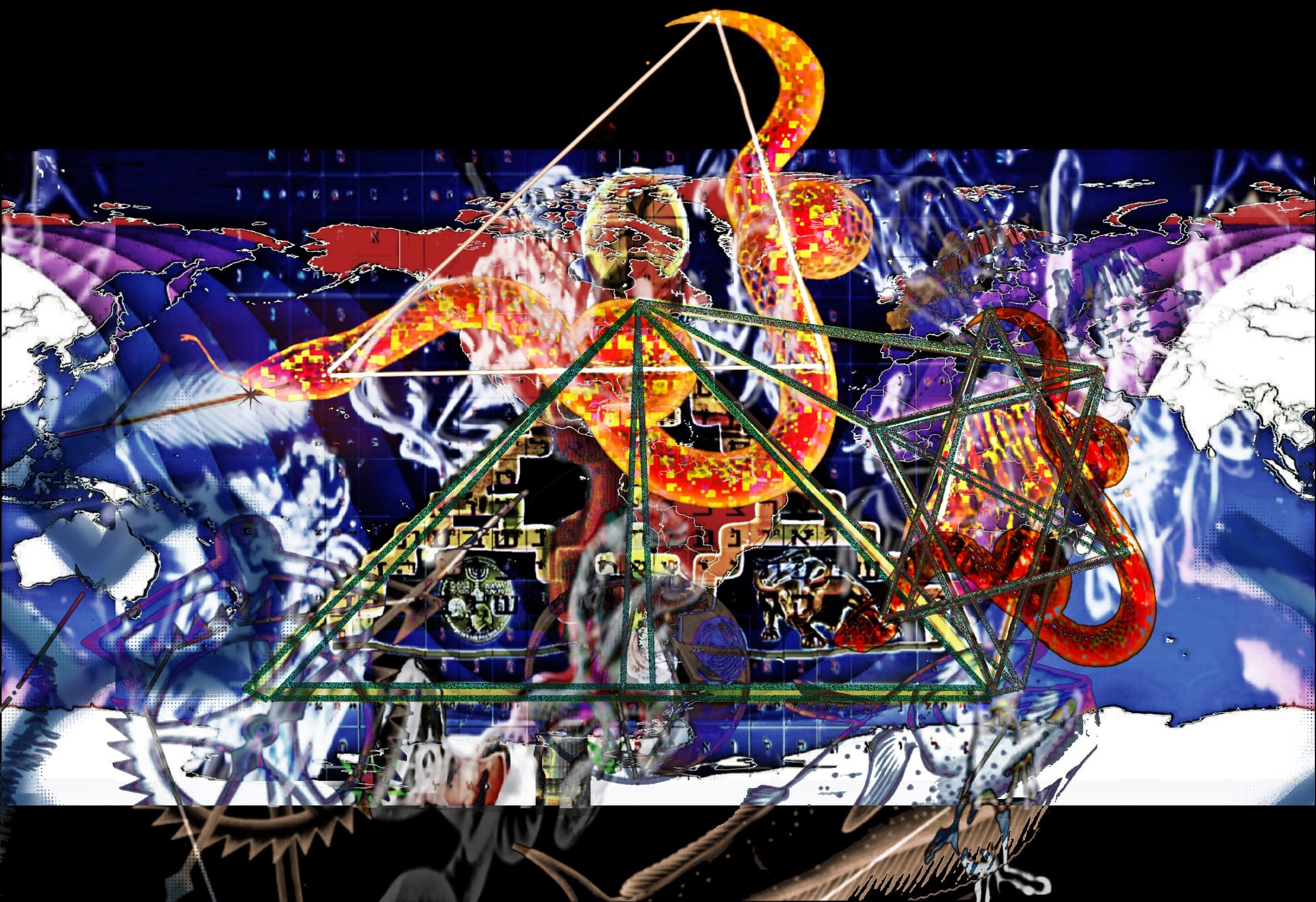 “Astronomers using NASA’s Hubble Space Telescope say they have crossed an important threshold in revealing a discrepancy between the two key techniques for measuring the universe’s expansion rate. The recent study strengthens the case that new theories may be needed to explain the forces that have shaped the cosmos.” (NASA statement released to public April 25, 2019)

The same day that NASA released this statement, the Lord revealed that the wall in the prophetic pyramid image of mystery Babylon had been omitted. This meant that the stars/constellations had to be expanded by one more letter/square to the right to align properly with the vertical crosses at the center. (See green double lines.)

God timed NASA’s discovery with this expanding stars of the image to draw attention to another heavenly sign.

The location of the “70 stars” that the Hubble telescope measured was within the Large Magellanic Cloud, located at the bottom of the Mensa (“Mountain-Table”) constellation. This constellation was named after the Mensa mountain in South Africa. And the pyramid in the prophetic image is also a mountain.

Therefore, it was logical to overlay the heavenly Mensa/mountain with the earthly one that it was named after. The earthly Mensa-mountain is located in South Africa. The effect is to overlap the original heavenly/constellation scene with this new one.

And all this, as said, is superimposed over the earth as explained elsewhere. The above image is the result — Perfect positioning in every way. For example note Reticulum constellation. (Reticulum is Latin for the crosshairs at the focus of a telescope eyepiece used to measure star positions! Sound familiar!)

The result in a deepened prophetic pictorial message that foretells what is soon to take place on earth. (To be explained later.) 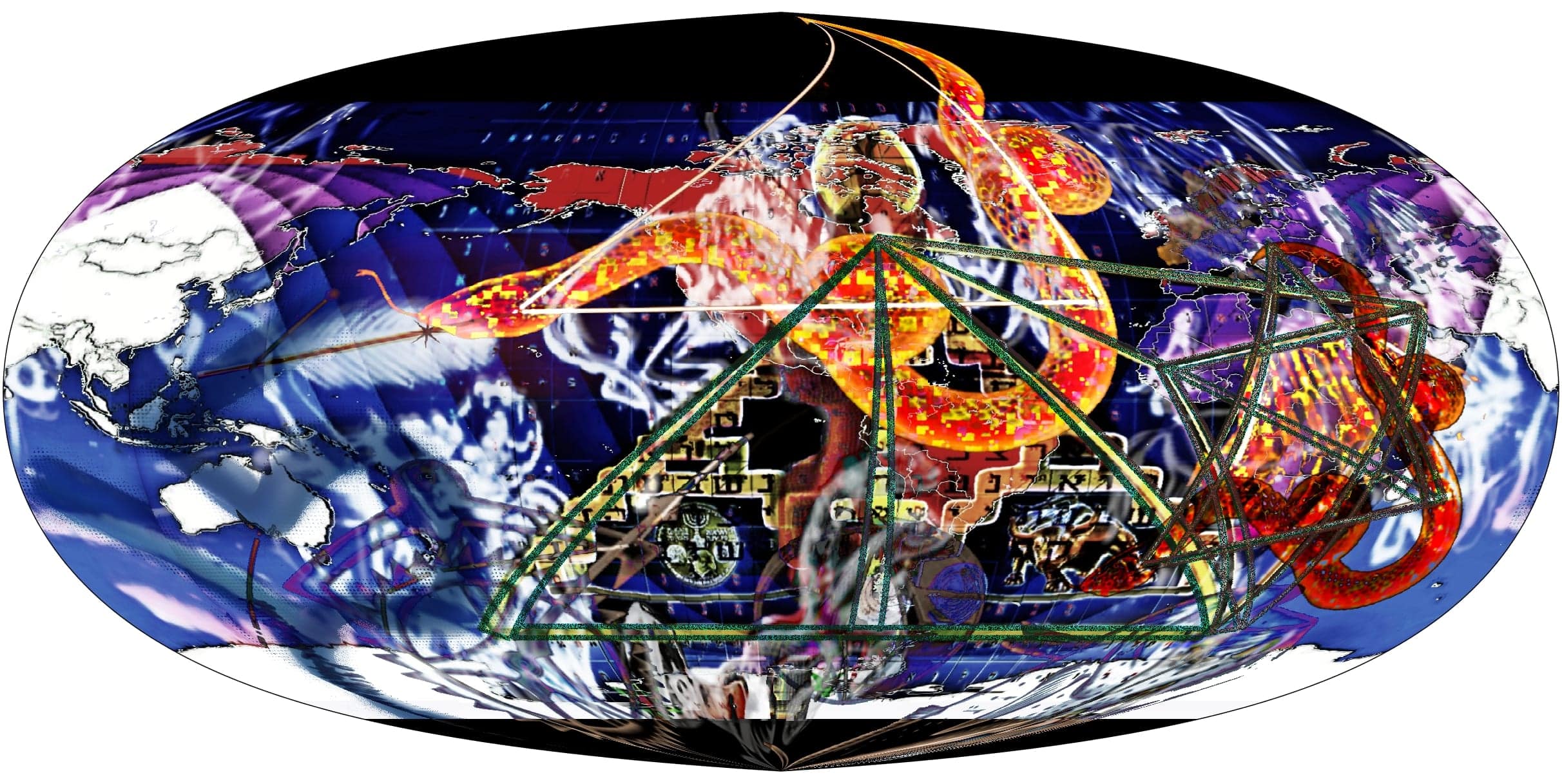