But something interesting happens when we convert units of days to years. Let’s look at the first term in the second part of the formula. Below we rewrite it a little differently, using seven weeks (“w”).

Notice that “13 w y” of the denominator equals 33215. The numerator (at top) is what tells us the circumference of a circle in ratio to one side of a square. One must multiply the numerator by four to obtain the perimeter of the square that circumscribes the circle. This yields a fraction of 104348/(33215 x 4) “days”.

We already explained the Enoch Calendar and how it works. Pi is rooted in the Enoch Calendar.  It is composed of exactly 52 weeks, and each season is exactly 13 weeks. Thus there are exactly 364 days in an Enochian year.

Moreover, Enoch’s grandson lived “777 years” in total, again demonstrating the importance of “seven”, so fundamental to Enoch’s calendar. (See “Enoch Calendar” for more examples of a 364-year in the Bible.) 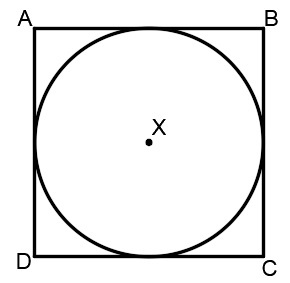 Having reiterated the fundamentals of Enoch’s Calendar, let us examine the Pi formula again. We said that the ratio (fraction) for Pi at this early stage in the formula is 104348/(33215 x 4). We said that 33215 x 4 is the perimeter of the square and 104348 is the circumference.

And this is also the most accurate rationalization of Pi possible with so few digits in the fraction.

One is left either with an incredible coincidence wherein “364 years” (of 365 days) happens to be inherent in Pi, or else God determined it so.

Remember, each side of the square, therefore, depicts one season of the year, either as 91 or 91.5 days! And the seasons are broken down into weeks, and so forth.

What are the odds!

We can rewrite the same formula to reference seasons:

From the anniversary of the first day of Creation, when God’s Holy Spirit “hovered over the face of the waters”, until Pentecost when God “poured out the Holy Spirit” are the 1144 days of Pi. Pi, in this case, represents the square and compass, so to speak, of God’s Creation.

Who can fathom the Spirit of the Lord,

or instruct the Lord as his counselor?…

Do you not know?

Have you not heard?

Has it not been told you from the beginning?

Have you not understood since the earth was founded?

He sits enthroned above the circle of the earth,

Please spread the Pi around! π

The circle is at the heart of all these fractal images.

In the above formula, “2 parts/7” refers to the smallest part of a day according to Jewish and Babylonian reckoning, and in this case, equals the biblical “blink of an eye”.

Excluding the last term in the equation, the denominator instead equals 365 x 364 so that each side of the square is one season of a year in length. Profoundly, this is the most accurate representation of Pi possible for so small a fraction, i.e., 104348/33215.

Side note: The sqrt of 2 gives the diagonal of the square, and thus another circle, but with a circumference therefore of 13,387,582,768 years. Precession directly relates to the observation of the stars, therefore it is interesting that this is about when the first stars appeared, at least according to the Big Bang theory.