Pi is often simplified to just 22/7 and is unusually accurate for such a small fraction.

Why has God arranged pi so?

It’s because 22/7 explains the timing of all the Jewish feasts.

The above formula has a “week” for its denominator. It’s the lowest possible unit that creates the simplest formula for pi.

Pi is about space and time

When we think about pi, we think of a circle. We usually do not equate the circle with time but rather with space and distance. But when you think about it, natural clocks are based on the circle. The moon goes around the earth, the earth around the sun, the sun around the galaxy. Even the stars in relation to Precession forms a small circuit.

Even the Bible refers to half-of-seven years as “a time, times and half a time”, (Rev 12:14). “A time” refers to one cycle of the sun as perceived from the earth.

The denominator is one “week“

Why 49 days between Firstfruits of the Barley and Wheat harvests

The symbolic meaning of numbers is originally hidden within the 360-calendar. As explained, this is true of both the Jewish and Enochian calendars.

“Seven times seven” in one form or another dominates the full formula. 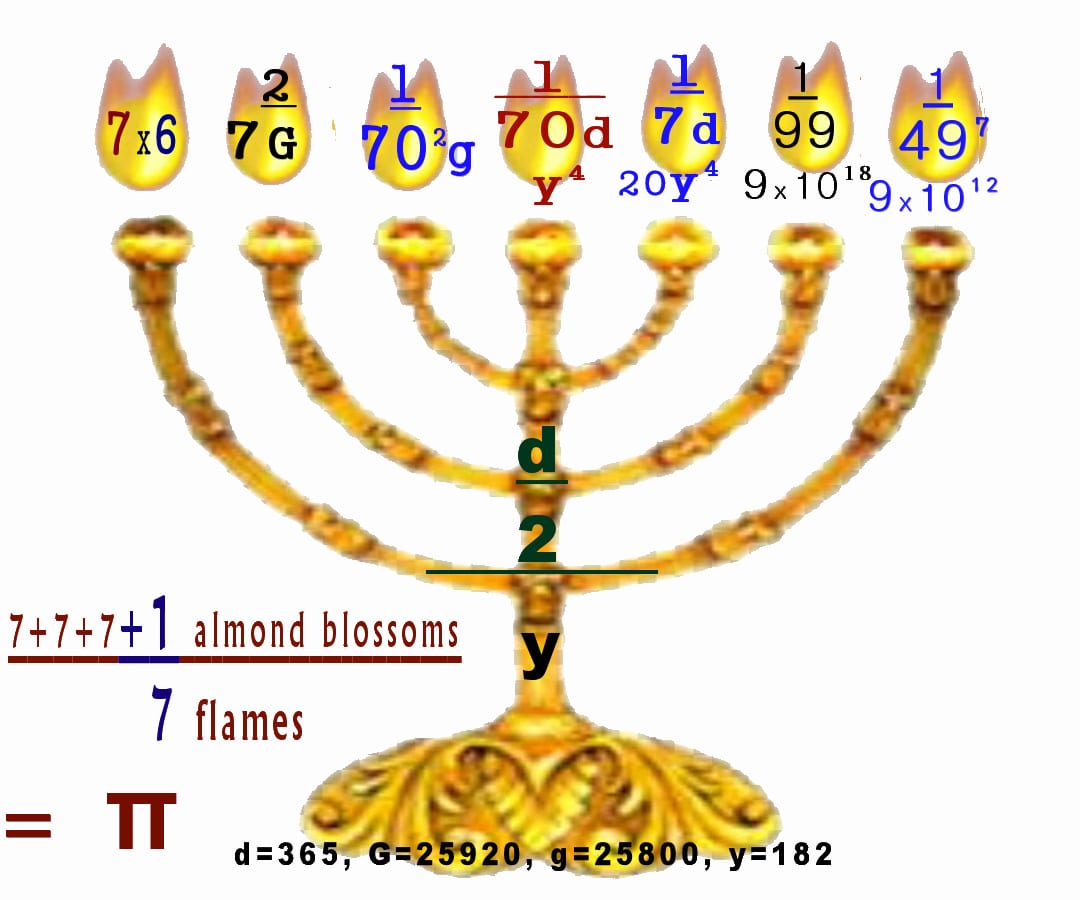 In part four we explore the next term in the formula: 6w/13w, “The Perfect Redemption of Fallen Man”.

3 thoughts on “3) Pi in Creation and Jewish feasts”