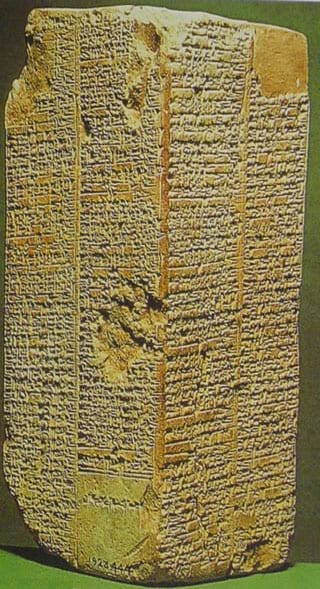 These charts are explained in the document “The Key of 23“.

This is a complex article intended for more advanced students of Biblical chronology!

Putting the Nephilim on Notice

The above is my rough work. This revelation is too important to keep putting off, waiting for some time to get to it. There is just too much happening right now in the world, and so many other rods in the fire awaiting publication. Perhap others will eventually flesh it out. It’s a mystery that modern scholars, biblical and secular by the score, have tried to dis-cipher. This includes those in ancient times back perhaps a hundred-thousand years.

But revelation comes from God, not mental acuity. Thirty years of previous study, by God’s grace, in related matters helped me to understand this mystery.

Jesus both holds the key to revelation and He is the Key itself.

Why This is Important

This study is of particular importance because this revelation sends a message to the fallen ones of ancient times — the Nephilim.

The Sumerian chronology closely parallels the chronology of the Bible fractal. It’s also in agreement with all previous studies.)

By publishing it now in rough form, it both allows people the chance to put “two-and-two” together for themselves, (which can be an adventure). But more importantly, this is God’s declaration to fallen beings, released in this generation, that their doom is as much under God’s timing as their short (and partial) release is.

Multitudes of scholars (Babylonian and Biblical) over the past 4900 years have studied this chronology. Abraham and the patriarchs, down to Moses, and then to the exile in Babylon (including Daniel) would have had expert understanding of it.

I believe that the antediluvian Enoch had his hand in the Sumerian King List too, at its foundation stages. The Book of Enoch ties in very well. (The Book of Enoch is likely best to be understood as a collection of oral traditions codified, but largely erroneous over time, but with certain core truths kept intact by God.)

What is the pivotal date from which all else is dated in the Sumerian King List, (just as the date of the Exodus is pivotal to all that lies before it in the Biblical list back to Adam)?

In the Sumerian Kings List, dating the “First Rulers of Uruk” is crucial. (I believe that this date corresponds to the “Dividing of the Nations” event, as recorded in the Book of Genesis.)

(This includes ‘plus 30 years’ too, and to a lesser extant, at times, ‘less 30 years’, mainly due to the BC/AD mirroring effect. This 30-years is essentially due to the ancient principle that ‘a day is as a year’. The extra 30 years is as ‘one month’ of time, and has its direct parallel in the 360 Calendar of the Prophets where there is also a 30-day parallel. All things must be consistent on all levels — and there are a lot of levels! (This includes the mind-numbing complexity of the BC/AD mirror.)

Moreover, observe the minus “two-years” effect of the Genesis flood chronology too, which converts not only as 720 days, but 720 years, too. However, 2906 and 2856 BC are the principle starting dates, and agree with the Pillars-of-Time  dates of AD 29515 and 29465  as discussed at length in the Blood-Moon Tetrad document published, Passover of 2015. )

Therefore, this means that the Flood dates for the Sumerian King List are 20886 BC and 27366 BC. (And so forth, including the said ‘back another 720 years’ parallel dates for all. But the patterns that emerge even without this 720 years is enough to keep one occupied for months.)

The Sumerian Kings List is very long. (21 dynasties). By calculating back all the way to the end of the list (as if there were no overlaps), using the 2906 BC position, one comes to the end of the Dynasty of Isin, which yields the following dates due to some textual variations in the latter part of the list:

“Alulim” (Ruler of Eridu) is Adam

Both Kings Lists are Intended

(See Wikipedia and other websites.)

As said, there are two main Sumerian King Lists that slightly differ, but are perfectly compatible with one another. (“The Dynasty of Kish” is 17980 years, but also amounts to 24510 years according to some records.)

I am more interested in understanding what these chronologies mean then just trying to figure out what the “real date” is. To me, that’s irrelevant.

This is true even of the biblical Flood and Creation date. These were indeed real events, but God has hidden the literal date from us, and substituted it with a wealth of useful patterns far more conducive to understanding His ways in human affairs than mere static dates. The natural creation reveals the Creator’s methodologies. Therefore, true to Himself, think of biblical chronology prior to Moses (and especially Abraham) as information compacted into a small package, like DNA.

In the Bible, we are only given a complete chronology of both the age of when the patriarch had their offspring, and of when they died — only from Adam to Moses. After that the genealogy breaks down in the Bible and we only have a list of names that is often devoid of both their age and when they had their offspring. Nevertheless, from Adam to Moses is still a very long list, and comprises 26 or 27 generations.

What is a generation?
(Adam to Moses: Tallying their Lifespans)

But a generation can also be, ‘when one dies’. The Bible says concerning the very last “generation” of Moses, “And all that generation died”. (And that included Moses and Aaron.)

“The LORD was angry with Israel and made them wander in the wilderness for forty years until the entire generation that sinned in the LORD’s sight had died. (Numbers 32:13)

“Joseph died, and all his brothers and all that generation.” (Exodus 1:6)

Therefore, the normal way to calculate a generation is to add the length of years when a man had their first child. However, a secondary way (and cryptic) is to add the length of the age of the patriarch that represents that particular generation — tallying those generations end to end. The results produce patterns around the theme of the number seven (the number of creation), and this itself is self-evident proof of the intention of its Author.

And the seven generations from Moses to Abraham (the third major ‘new beginning’ in the complete genealogy from Adam to Moses) equals 3*7*7*7 years. These are but two examples. Enoch is particularly striking, using this method of calculating years in the genealogy.

The dates are significant too:

Arphaxad was born “one year” after the Flood (and therefore “two years” after the start of the Flood). His birth, therefore, informs us as to when the Flood of Noah was. It was 4831n/4835t BC (when using this methodology).

When using this method of calculating total years in the genealogy, remember that the date of the death of a father will always be the same year as the date of the birth of their offspring. Therefore, the death of Shem (son of Noah) is the same as the birth date of Arphaxad, Shem’s son. (And notice the Book of Genesis textual effect that necessitates the option of “one year” and “two years” back to 4836/7t as well).

4836 BC amounts to 70 jubilees to Moses’ death at the Conquest of Canaan in 1406 BC, which is when the Jubilees officially began and the chronology ended! (“Seventy jubilees” equals 70*7*7 years.)

Do you see the pattern?

In the same way, the Sumerian dates for the flood and creation and ‘pre-creation’ are mirroring the regular Bible chronology, except at ten-fold.

(Note: The genealogy as through Aaron is also very important. It adds 3.5 years because Moses brother, Aaron, was 3.5 years older than Moses.)

(Add to this “460 years” when including the optional extra Cainan of NT, LXX, SP).

Beginningfrom 1406 BC for the conquest (and Moses death) therefore yields…

Note how the dates are mirroring their counterparts on a times-ten basis.  And this is just the tip of the ice-burg. (I.e., the Exodus was in 1446 BC. Compare this with 14466 BC, etc.)

I also revisited at the time of my study into the Sumerian King List the idealistic methodology of viewing the 26 generations from Adam to Moses, (27 when including the Cainan after the flood. Cainan had his son at “130”, and Cainan lived “460 years”, see NT, LXX, SP). Simply put, each generation is accounted as 40, 70 and 100 years from 1406 BC, when Moses died, back to Adam.

Example of Idealistic Generation (using 100 years as a generation)

As you can see, these are extremely workable and flexible time-frames.

Flexibility of the extra “460 years” of Cainan

The “460 years” is ideally suited to the overall structure of both the Bible chronology and the Sumerian King List because 460 years is 168000 days on the 360 calendar, and 460 is also 30 years away from either 430 and 490 years. These are all important biblical time frames. This makes 460 years ideally suited as an add-on to the basic chronology of 12600 years from Moses to Adam.

When the Lord makes a way I will improve on this document and will include proper time charts.