…and they blasphemed the name of God who has power over these plagues… (middle of Rev 16:9)

Things are happening too fast to keep up, such as the Stock Market, SARS (Coronavirus), and locust plague — all of which are happening as predicted by the prophetic images — and on the very day, too.

Hosni Mubarak is another example.

The Picture Prophecy Code is from 2004. Seven years later, in 2011, I wrote an article about Mubarak in connection to that Lion Bible Code. The key date in the post about Mubarak is Shebat 30th, which is also the day when it was posted in 2011.

The exact date when the article was posted back then was specified due to its importance. The next day, “Pharoh” (as Mubarak was called) was removed from power. Now, nine years later to the day, Mubarak dies — as per the said prophecy in Ezekiel 32.

All these things are related to one another as even a quick preview of the following posts will show. (Later in this post I cut and paste a few excerpts and leave it to you for further investigation.)

Thus, Pharoh died 9 years to the day after the below post.

In that post, the date was highlighted in importance in association with when God gave the prophecy to Ezekiel regarding Pharah. That prophecy was in 585 BC, Adar 1, and as said in that article, the total years between Hosni Mubarak and his removal from office was 1260 + 1335 years.

Now 9 years later Mubarak dies on the very same day, Shabt 30th (but which is the first of the month in the parallel in the Islamic calendar), as explained in the same prophecy. The 9 years that elapsed from his removal from power in 2011 is accounted for this way:

Moreover, as a personal sign, Mubarak died 3.5 days after the Locust Plague post that refers to the death of my cat Shiloh “as a sign”, along with the image of the Lion Bible Code. (See “Shiloh” at the end of Locust post.)

The name of the month of “Shebat” in Hebrew means, “rulers staff”.

Thus, the move from the month of Shebat to Adar signifies the loss of the ruler’s staff from Egypt and is transferred over to “Him to whom it belongs”, that is, “Shiloh”. (The name “Shiloh”, literal means, “unto whom it belongs”.)

The seventh angel sounded his trumpet, and there were loud voices in heaven, which said: “The kingdom of the world has become the kingdom of our Lord and of his Messiah, and he will reign for ever and ever.” (Rev 11:5)

“The scepter shall not depart from Judah, Nor a lawgiver from between his feet, Until Shiloh comes; And to Him shall be the obedience of the people.” Gen 49:10

Below is the link to the post from 9 years ago before Mubarak died to the very day, (Shebat 30), and the importance of that day and year is explained  in the article itself.

Below is cut and pasted from the above post from 9 years ago.

Who is the real Lion? 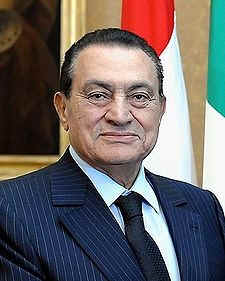 Will President Mubarak be removed from office 1260 + 1335 years
after the prophecy of Ezekiel 32?

Above is my personal calendar marking the dates of the discovery of the acrostic and lion image. Lion image on Oct. 8, 2004. It happens that 2300 days later is the Mubarak uprising, (an important time frame in the bible, Dan. 8).

4. Will the fall of Egypt’s leader spur to the fall of others? This would fit well the prophecy of Ezekiel 32 that laments the roster of dictators that also fall like Pharaoh, and by the which “Pharaoh” is consoled that he is not the only one!

Moses told about the death of Pharoh at the burning bush

I have been referring to this image in the past few posts, especially in the context of the coronavirus.

This is an image of a moth that symbolizes a wasting disease (“SARS”, as explained 17 years ago). It overlaps the burning mountains — Mt Sinai.

The actual text of the Hebrew letters in this image is from Exodus 2-3, to do with the burning bush. This is when God told Moses that Pharoh is dead.

And the LORD said unto Moses in Midian, Go, return into Egypt: for all the men are dead which sought thy life. (Exodus 4:19)

The context of above verse:

Exodus 2:15
When Pharaoh heard about this matter, he sought to kill Moses. But Moses fled from Pharaoh and settled in the land of Midian, where he sat down beside a well.

Exodus 2:23
After a long time, the king of Egypt died. The Israelites groaned and cried out under their burden of slavery, and their cry for deliverance from bondage ascended to God.

Not a coincidence, about the hour of Mubarak’s death I noticed that the Tree of Life in the fractal code that sits atop the throne of power looks like a locust. (I had just written the post about the locust invasion sweeping the earth.)

As said, the Tree of Life results from the burning bush. (See Locust of Mecca & the Horn of Africa February 21, 2020.) And the most famous plague of locust is found in the Bible to do with the ten plagues of Egypt, (Exodus 10).

4 thoughts on “Coronavirus, Pharaoh Mubarak, and the Stock Market”