This article assumes a general acquaintance with the series on Mystery Babylon and the recent articles on Marathon Man and Marathon Woman.

I hesitate to share this because I know most readers lack background information over the past year.

In the series on Mystery Babylon, this image was fundamental to the 40 posts written on the subject.

The caption itself is unchanged from when I posted this red horse overlapping the Star of David, which in turn completes the eastern side of Mystery Baylon.

I said to expect ongoing signs in keeping with this prophetic image. About 30 signs have been documented so far revealing a consistent pattern.

Here are some of the earlier signs:

To recap: Records were set/shattered in both men and women’s competitions in all three marathons.

Amazingly, all four are from Kenya.

And second place winners were from Ethiopia, the same country of the sign about the victors wreath the previous day when the PM won the Nobel Peace Prize, etc.

(Keep in mind that the article about the Nobel Peace Prize was posted the day before the first marathon. And there were several articles along this same line just before that, too. Thus my present interpretation is part of a pattern that predates the marathons themselves.) 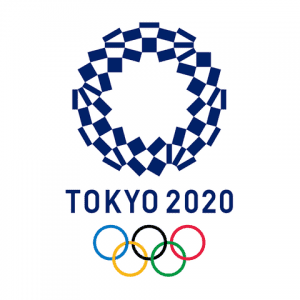 The first and more important of the two marathons occurred as Typhoon “Speed” (record-breaker for a rapid increase in ferocity) crossed Tokyo, the location of the 2020 Olympics. (The connection to the Olympics is explained in earlier posts.)

The Book of Revelation consistently explains things to come in polar opposites. One example of this is “Mystery Babylon” (Rev. 18) in contrast to “New Jerusalem”, (Rev. 22).

The same is true of the recent signs of Marathon Man and Marathon Women. They can be viewed positively (as we did in previous post) or negatively (as we shall see next).

Why Kenya and Ethiopia?

Positively speaking, it was explained that:

The above quote from the previous post was the positive meaning of the sign of the marathon. But as said, there is always a negative meaning reserved for the wicked.

Now I saw when the Lamb opened one of the seals; and I heard one of the four living creatures saying with a voice like thunder, “Come and see.”  And I looked, and behold, a white horse. He who sat on it had a bow; and a crown was given to him, and he went out conquering and to conquer. (Rev. 6:1-2)

As said, the caption and image is taken from a post back in the spring (2019) and is part of a long series. The red horse is one of the four horsemen of the book of Revelation.

If you look closely you can also spot the four horsemen in this prophetic image, posted several months before the above image. 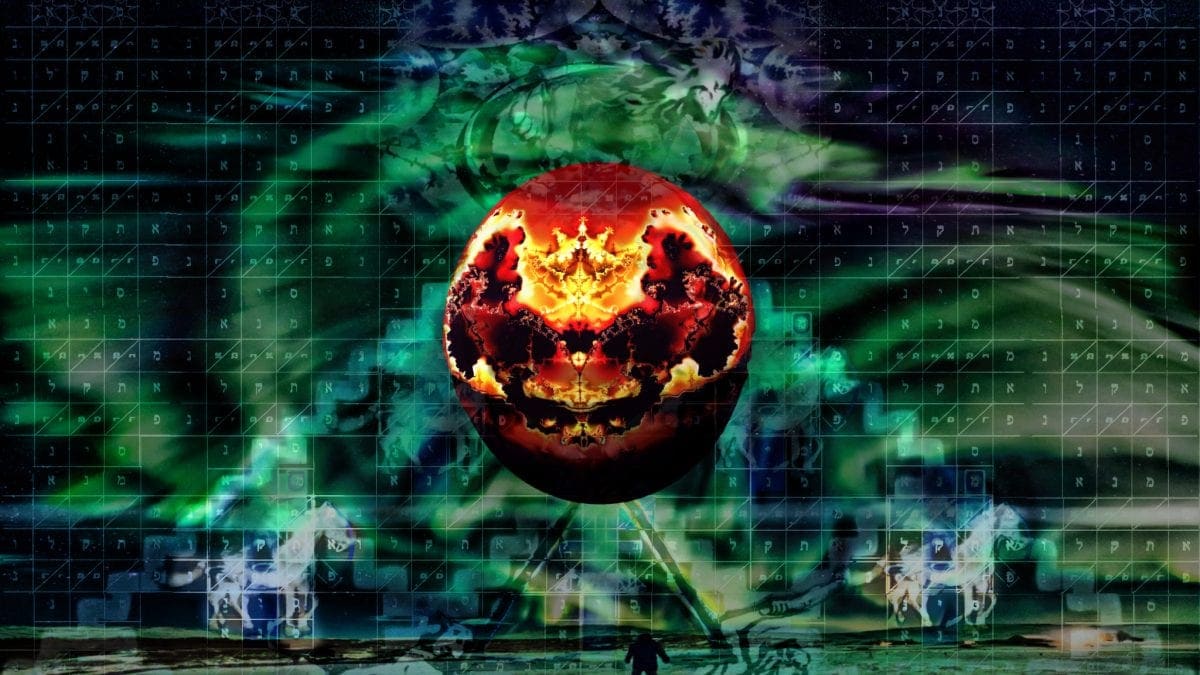 Observe the location of Ethiopian and Kenya on the prophetic map. They are located over the upper thigh and breast of the horse as it gallops towards the east.

The below is taken from Wiki.

Notice that in the prophetic image that the red horse is composed of the Star of David, which is also the emblem on the flag of Ethiopia. The Star of David is also known as the “Shield of David”.

The Star of David (✡), known in Hebrew as the Shield of David or Magen David (Hebrew מָגֵן דָּוִד‎) Wiki

Also, observe the shield on the flag of Kenya.

Now observe the location of the armor and shield that protect horses of war. Ethiopia and Kenya form this shield over the red warhorse in the prophetic image that, in turn, overlaps the Shield of David and the constellation of Monosorus (“Unicorn”).

And remember, both Ethiopia and Kenya have a shield on their flag.

And when the Lamb opened the second seal, I heard the second living creature say, “Come!”.

Then another horse came out, a fiery red one. Its rider was given power to take peace from the earth and to make people kill each other. To him was given a large sword. (Rev. 6:4)

So then, what does this all mean?

Positively, the Lord rides forth victorious in full armor. We are with Him and are fully shielded.

And He comes quickly and His reward is with Him!

Negatively, another phase of release, like a fractal, is about to happen. Namely, the four horsemen of the apocalypse.

And they come quickly. Woe, woe, woe to the earth!

Please do not misunderstand — I said that they come “as a fractal”, not all at once. (Please read the caption of the above fractal.)

Flag of Kenya has same colors as 4 horses

The four horses of the book of Revelation, in order, are colored, white, red, black and green.

David Rooke brought the following event and image to my attention just a week ago. We debated its importance. David is correct. It might be a sign of war, fractally speaking, not necessarily with North Korea, but as we discussed, with Turkey.

David also drew attention a week ago to the round symbol over the breast of the white horse.

In 2017, he visited the mountain a few weeks before his new year’s address, where he hinted at a diplomatic thaw with South Korea.

“Given that there is no progress in talks with Washington, it looks like he has one to make.”

Wikepedia: Mount Paektu: A large crater lake, called Heaven Lake, is in the caldera atop the mountain.”

France 24.com image Caption:
“North Korean leader Kim Jong Un rides a horse during snowfall in Mount Paektu in this image released by North Korea‘s Korean Central News Agency (KCNA) on October 16, 2019. KCNA via REUTERS”
My first thoughts: Kim Jong Un, a Type of Antichrist/Satan/Nimrod riding a “White Horse” up to a Mountain “Heaven”? Just a thought. Is war next?

Also Remember Isaiah 14 about Lucifer. I’ll let you draw your own conclusions though…

Even the shape of the harness is similar to the triangulation using circles.

I see David just sent me this email 12 hours ago!

Both of these stories are from BBC.com.

On the same day/days as Comet’s closest pass to Regulus (Leo’s feet)& taking place on 24th-25th of Tishri 1st/7th Month.

“The slogan of the gathering is “”For peace, security and development””, and it brings the heads of at least 47 African states to Russia, in a symbol of Moscow’s efforts to establish itself as a dominant global player on the continent.”

“Russia is expecting to host 47 African leaders at the 23-24 October summit in the Black Sea resort of Sochi.”

A little off topic, but I’m sure you noticed that Benjamin Netanyahu gave up his mandate to form a unity government on Oct.21, 2019, on his 70th birthday.  Benny Gantz was given 28 days to form a government or it could mean a third election in just one year. 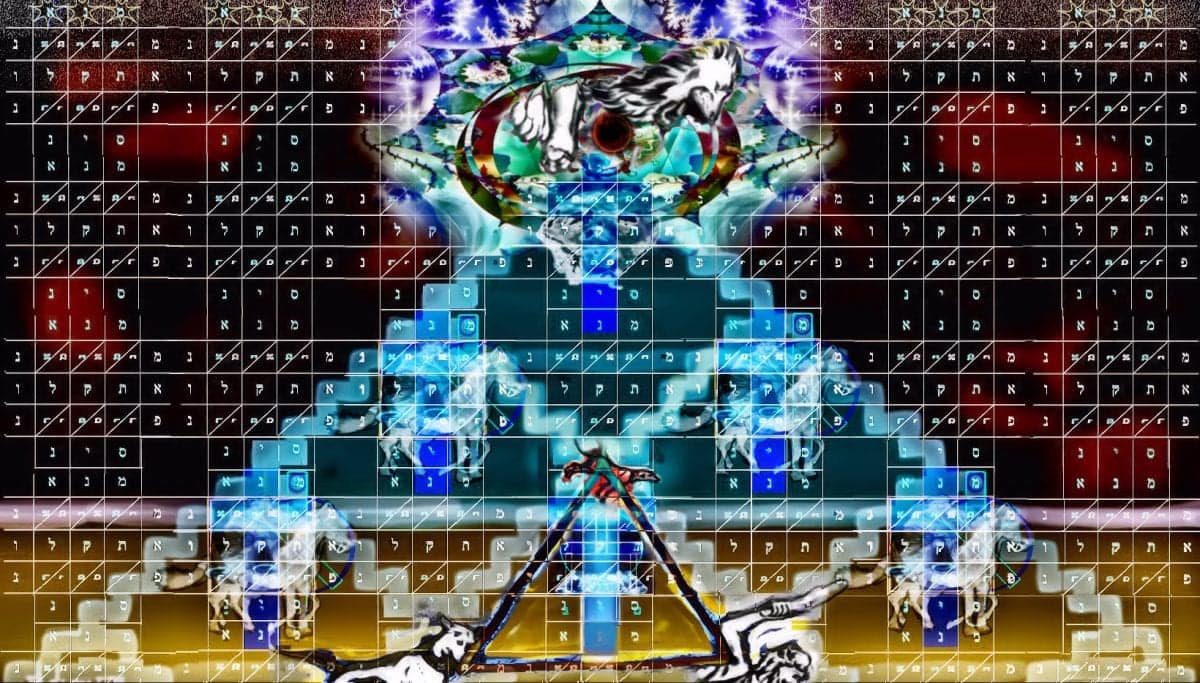