This is written in response to a brother with good insights into when the Lord might return. Many others have emailed me over the years with their insights too. My hope is that my response to this dear brother may encourage him and many others like us.

This is the email sent to me

Dean, my brother in the Lord. Evidently, the Lord does not want me to publish my book! I have asked Him to confirm whether or not I should publish the book. The confirmation sign was to be a response from three different people. You were one of them. You responded, The second person has not responded, and the third responded in the negative.

In my spirit, I feel as if the time is not right or God does not want me to publish what I have written. Therefore, you are the only one who knows the dates, I have taken the dates and the timeline chart off my website until such time as the Lord indicates He wants me to move forward.

An additional sign is the traffic I have received on my website. The website has been up for over two years and I have had virtually no hits! Over the years I have run many websites and I can tell you that does not happen. Just wanted you to know. The book is basically complete. So now I’m just waiting for direction from the Lord.

Sorry to bother you. I know you’re a busy man. I just thought you should know.

My response by way of email:

My dear brother. This is what I think will likely happen:

The end-time outline that you gave me will happen in some way, but not likely the final ultimate END as you expect. I have seen this many times. God reveals a pattern and acts on it in the future. But I always say, “Look for token events that foreshadow the final climax to occur, but not necessarily the actual climax.” And so it has been over the past 30 years. We are experiencing one of them right now with the deaths of the Isis leaders and other events. Moreover, God has done many wonderful things that past seven years. But most do not notice them because they have only the big picture in view, not the smaller similitudes.

The truth is that it’s all a matter of degrees.

How bad is bad?

Isis was as bad as it gets for those who lived through its terrors; those who were raped or had their heads cut off before the eyes of the whole world.

World War 1 and 2 killed more people than what could have been imagined just two or three thousand years ago, and with violence incomprehensible to them — and then Israel becomes a nation and the UN forms, computers emerge, man lands on the moon.

All these things would be more than could have imagined back when these prophecies were made. And while the pieces did not perfectly fit the prophecies over the past 2000 years, they were ever so tantalizing close, and increasingly closer and closer in every detail. After all, just look at Hitler and the Jews, and the Atom Bomb. It fit the general outline of prophecy extremely well, but not perfectly. No doubt people were praying for mercy.  As a result, things took a turn from total disaster. Hitler did not win the war. God is merciful.

The truth is that all these past events, such as the fall of Jerusalem in AD 70, the Black Death of the 14th century, etc., were exquisitely plotted on God’s schedule and we can study the obvious patterns and know that in a similar way these things will happen again in the future. They repeat themselves like birth pangs, ever more potent.

I have spent 30 years writing articles showing these past patterns and predicting future ones that always come to pass. Few believe, for reasons I don’t know; perhaps because notoriety would make me proud or distract me from understanding things like prophetic fractals and the Pi-of-Time. God loves me too. He will not permit me to be tempted above that which I can endure.

When you gave me that chart I had a sense that it was indeed given to you by God, in rough. Thus I suspect that He will act on it just like the patterns shown to me over the years. But whether He delays for the sake of mercy, who can say?

Therefore, it might not be as dramatic as you anticipate.

So, my brother, I believe that you heard from God. I just don’t know how they will be fulfilled exactly. God has a habit of doing something different than what we expect because someone somewhere got down on their knees and pleaded for mercy or redirection of the judgment. Such variables are hard to foresee.

Wings of an Eagle 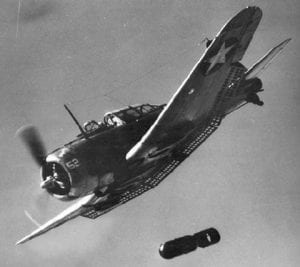 Many times I have been humbled, not by unfilled predictions, but by my hardness of heart, lack of compassion, and unwillingness to feel God’s compassion and pray for mercy rather than gloat when they do occur.

My calling is like that of a World War 2 Dive Bomber, or like dropping Tallboy Bombs. It’s hard to feel compassion for a target a mile up when it looks like a toy down below.

After the target is “softened up” others go in and reap a harvest while we, the Dive Bombers, all look like the bad guy; like warmongers. I just hope we share equally in the reward.

The target is “softened up” because prophecy is not merely predictive, but causative. Speaking under the unction of God has power. We are participants of prophecy, not mere spectators.

This has been my sin the past 30 years:

I just can’t seem to step out of it into His love. To this day I get jealous of other men’s success when what they have to say seems elementary to me.

And I get angry at God because when I was young I made it my prayer to walk in God’s love.

What did I get?

Wings of an eagle to drop bombs.

(Mind you, in 1991 I asked for insight into these things, and 215 days later I got it, and have ever since. But that’s never been my main objective. Love seems miserably out of reach.)

But, He is the Lord of the Harvest, so I shut my mouth, swallow my pride, and force myself to pray for their success. I spit on my pride, “for it is not I, but sin that lives in me”.

Recall the story of Jonah.

Jonah’s Anger at the Lord’s Compassion

4 But to Jonah this seemed very wrong, and he became angry. 2 He prayed to the Lord, “Isn’t this what I said, Lord, when I was still at home? That is what I tried to forestall by fleeing to Tarshish. I knew that you are a gracious and compassionate God, slow to anger and abounding in love, a God who relents from sending calamity. 3 Now, Lord, take away my life, for it is better for me to die than to live.”

4 But the Lord replied, “Is it right for you to be angry?”

5 Jonah had gone out and sat down at a place east of the city. There he made himself a shelter, sat in its shade and waited to see what would happen to the city. 6 Then the Lord God provided a leafy plant[a] and made it grow up over Jonah to give shade for his head to ease his discomfort, and Jonah was very happy about the plant. 7 But at dawn the next day God provided a worm, which chewed the plant so that it withered. 8 When the sun rose, God provided a scorching east wind, and the sun blazed on Jonah’s head so that he grew faint. He wanted to die, and said, “It would be better for me to die than to live.”

9 But God said to Jonah, “Is it right for you to be angry about the plant?”

10 But the Lord said, “You have been concerned about this plant, though you did not tend it or make it grow. It sprang up overnight and died overnight. 11 And should I not have concern for the great city of Nineveh, in which there are more than a hundred and twenty thousand people who cannot tell their right hand from their left—and also many animals?”

The chart sent to me

It is posted here with the aforementioned understanding. Nothing more. Nothing less.

Suggested dates by the author of the above chart.

This is a quote from an article that I, personally, wrote back in 2011.

I also mention 2026 in this article and elsewhere because, for reasons too technical to address here, in many ways that date fits more succinctly (then 2025) given all the facts. As the time approaches, the Lord willing, I will explain why. This would make it in 2026-3033.

I find it intriguing how the author of the above chart intersects “1260” of the Two Witnesses. This does not mean that I expect every detail of the chart to happen. I do not.

Compare those verses with a chart that was posted about 20 years ago.

11 thoughts on “Can we know the date when Jesus returns?”