Today, I answered a question in the comments section about Asteroid Apophis.

(Some Christians believe it will hit the earth in 2029. “Answers in Genesis” has also addressed this question from a scientific perspective. However, I address it here from a prophetic perspective.)

They have over them as king the angel of the abyss: his name in Hebrew is Abaddon (Apophis), and in the Greek tongue he hath the name Apollyon.

The question asked was:

Also what are your thoughts on the coming asteroid Apophis due to impact the earth on April 13, 2029. It’s supposed to be the size I think of 3 football fields.

Some are saying this is “the sign” in the sky before the son of man comes in the clouds in Matthew 24. The asteroid date is also supposedly 3.5 yrs after the feast of tabernacles -the last trump before the herald (sign) before Christ comes (rapture).

Thanks for your question.

I wrote about Apophis in-depth in early 2007. My main point of that article is the timing of the announcement that there was a 2.7 percent chance of Apophis hitting the earth and that this announcement coincided with the great tsunami that killed 300,000 people. The timing of the tsunami at the same time as the ‘asteroid scare’ was a sign of what is to come when an asteroid hits the ocean as foretold in the Bible, (Rev. 8-9).

I also speak about another heavenly sign that occurred at the same time in the constellation of Saggitarius.

“”Apophis is a near-Earth asteroid that caused a brief period of concern on December 25-27, 2004, because initial observations indicated a relatively large probability (up to 2.7%) that it would strike the Earth in 2029. Additional observations provided improved predictions that eliminated the possibility of an impact on Earth or the Moon in 2029.”

The Bible code reads: “Did He miss the mark? No!”

A perfect bullseye by Sagittarius, who aims at the scorpion (Scorpio)!

At the same time, the great Tsunami struck (Dec. 26), and also the greatest pulse from a starburst ever recorded by far. A most unusual and powerful event. But in this document, we look at Apophis.

Apep (Apophis) was the god of darkness and chaos in Egypt and was seen as a giant snake, crocodile, serpent, or in later years, in a few cases, like a dragon. (God is bringing the gods of Egypt in judgment again, as he did when the Israelites left Egypt 1260 x 1000 days before this — to the very day!) “

About the Apophis Article from 2007

In this article, I mainly write about its meaning numerically and thematically. However, I see it as a warning rather than the real deal, and I have not changed my mind. 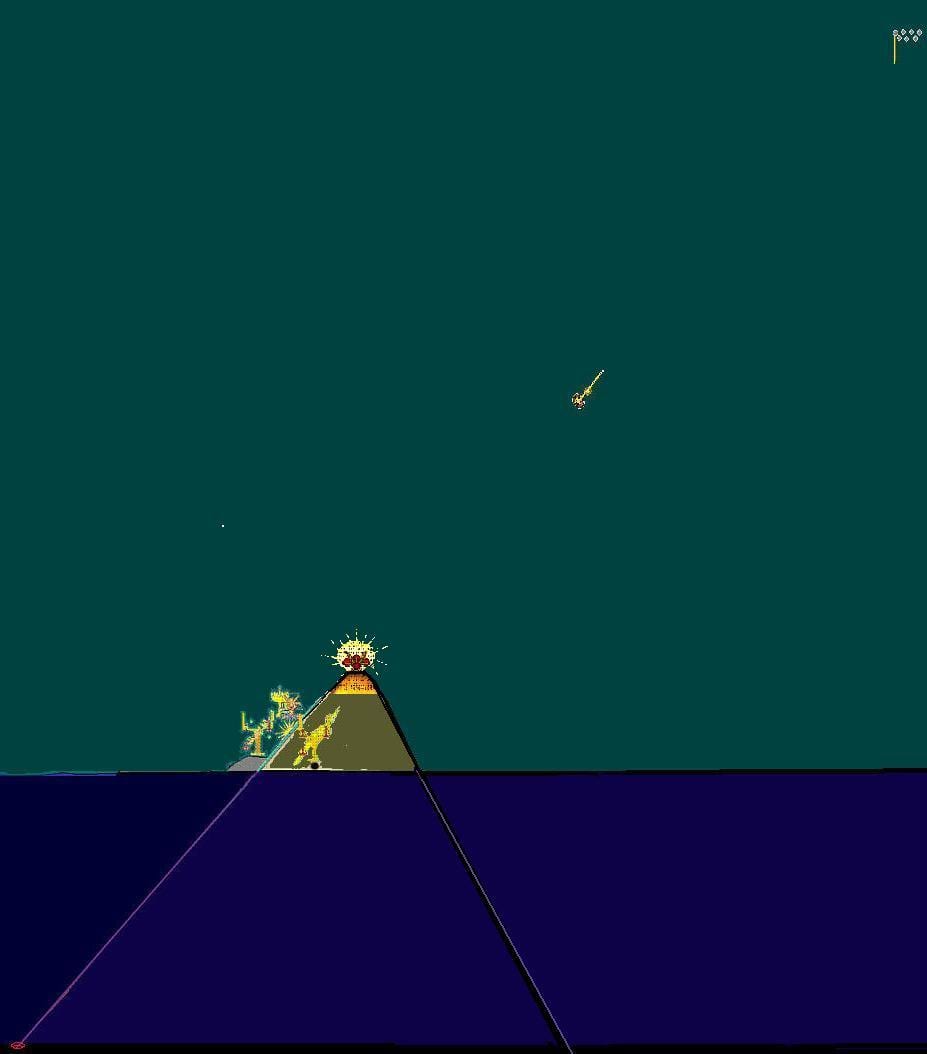 As early as a few years ago I briefly refer to Apophis and display a prophetic image of a meteor striking the mountain.

Actually, the Lord has revealed this warning many times.

For example, see the sign of the meteor striking the moon during the blood-moon eclipse an hour after posting a prophetic image of the same. It struck just 21 seconds into totality just after writing and posting images about the lunar eclipse! If this “coincidence” occurred just once then it’s merely a random chance.

However, I have witnessed such signs hundreds of times over the years.

Yet no one paid attention to this sign of the meteor hitting the moon. Why?  Because the post also contained a warning to Trump. Most dismissed it and chose the false prophets instead, who told them what they wanted to hear.

I wrote that Trump was being weighed in the balances and would be removed if he did not repent. And so the Church largely ignored this sign and the many other signs like it.

But I repeat, I do not have a witness in my spirit that Apophis is anything other than a warning of some unknown meteor in the future striking the earth.

God bless you in your own studies!

Locked footnote: “Earthquakes/Apophis Flyby” (Sorry, but not everything is meant for the general public. 1260)

10 thoughts on “Will asteroid Apophis strike the earth?”