This morning I pondered the extreme heatwave gripping western Canada. A town named “Lytton” was the epicenter of the heatwave. I looked up where “Lytton” was on the map not realizing that the town was in flames. Below are the headlines that I read:

“The country’s temperature records have now been broken for three days in a row, with the latest soaring to 121F in Lytton on Tuesday. Before Sunday, temperatures had never surpassed 113F in Canada with the last record set in 1937.”

I considered writing an article about this extreme heatwave this morning but instead wrote my testimony. But upon learning that 90 percent of the town quickly burned to the ground yesterday evening, I changed my mind. I will keep my comments short.

An evacuation order was issued Wednesday at 6 p.m., a day after the village posted a Canadian record temperature of 49.6 C as a heat wave gripped the province. National Post

“It’s dire. The whole town is on fire. It took, like, a whole 15 minutes from the first sign of smoke to, all of a sudden, there being fire everywhere.”
After 3 days of historic heat records – now the town of Lytton, British Columbia is on fire. https://t.co/uj578r6CgI

A few days ago I pondered whether to write about the apartment building in Florida that collapsed. It’s a striking metaphor that we should build our house on a solid foundation. But I decided against it because the event is just too tragic.

However, this new tragedy is unusual: three days of record-shattering heat followed by the whole town suddenly burning to the ground. It reminds me of the Paradise fire in California that I wrote about. Perhaps global warming due to man’s greed is responsible, but still, ultimately God is sovereign. He directs the lightning bolts.

The city is doubtless no better or worse than any other city, and that’s the point. Here we have a sober warning that ultimately this entire world will one day pass away “with fervent heat”. So now is the time to “give glory to God”. Today is the day to serve your Creator and “kiss the son lest ye perish from the way when his wrath is kindled but a little. Blessed are all they that put their trust in Him,” Psalm 2:12.

But do not forget this one thing, dear friends: With the Lord a day is like a thousand years, and a thousand years are like a day. The Lord is not slow in keeping his promise, as some understand slowness. Instead he is patient with you, not wanting anyone to perish, but everyone to come to repentance.

But the day of the Lord will come like a thief. The heavens will disappear with a roar; the elements will be destroyed by fire, and the earth and everything done in it will be laid bare.

Since everything will be destroyed in this way, what kind of people ought you to be? You ought to live holy and godly lives as you look forward to the day of God and speed its coming. That day will bring about the destruction of the heavens by fire, and the elements will melt in the heat. But in keeping with his promise we are looking forward to a new heaven and a new earth, where righteousness dwells. 2Peter3:8-12

Now I know that some presume that God would not give warnings about the judgment that awaits all who reject Christ. But I beg to differ. This is a warning for all of us to ponder — three days of tormenting heat followed by half a day with the town in flames. (In the Bible, “3.5 days can symbolize 3.5 years, Rev. 11.)

A warning to all

It’s a warning of great tribulation to come.

If anyone tries to harm them, fire comes from their mouths and devours their enemies. This is how anyone who wants to harm them must die.  They have power to shut up the heavens so that it will not rain during the time they are prophesying; and they have power to turn the waters into blood and to strike the earth with every kind of plague as often as they want…  But after the three and a half days the breath of life from God entered them, Rev. 11:5-6,11.

Then the fourth angel poured out his bowl on the sun, and it was given power to scorch the people with fire. They were seared by the intense heat and they cursed the name of God, who had control over these plagues, but they refused to repent and glorify him, Rev. 16:8-9.

To put climate extremes into perspective we measure against the average. The sigma is the standard deviation of a normal distribution of expected values. In this case the heat dome sigma max is 4.4 – that means it’s outside of 99.99% of expected values or a 1/10,000+ chance (1/2) pic.twitter.com/8raIMAngkg

At the crossroads: Choose! 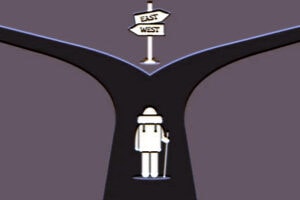 Lytton’s fame is that she is located at the juncture of two major railways. The railway likely sparked the fire.

Canada also sits at the crossroads of choosing which path to follow. The fact that I wonder whether this website may soon be shut down by government authorities, given their crackdown lately on free speech, only highlights why Canada is under judgment.

You may wish to skip this to the next heading!

As said in the chart, in the Book of Enoch, “70 years = 1 day”, and “All dates can be forwarded the 7 days of Creation”, i.e., 70 years. The fires occurred 70 day-years from when Israel entered the Promised Land and the jubilee count began.

The pattern of wind current responsible for this historic heatwave is called the “Omega Block“. It produces a “dome” of stationary air.

Moreover, the day of the fire saw an astonishing number of lightning bolts.

Chris Vagasky, a meteorologist and lightning applications manager at Vaisala, said in an email that the 710,117 lightning events captured by sensors on the ground that are part of the North American Lightning Detection Network included “nearly 113,000 cloud-to-ground strokes… That’s what happened on Wednesday at a scale that’s honestly hard to comprehend. Gizmodo

I’ve watched a lot of wildfire-associated pyroconvective events during the satellite era, and I think this might be the singularly most extreme I’ve ever seen. This is a literal firestorm, producing *thousands* of lightning strikes and almost certainly countless new fires. #BCwx https://t.co/jS0DrJldR3

And wow… satellites picked up quite a bit of lightning within the pyro plumes. pic.twitter.com/OZKBcu1ctJ

Now it happens that I posted an image that reminds me of this exact weather pattern. The first two images in the post have the above chart and the below fractal image! Moreover, the image itself is dated 98  days (49 x 2) before the great fire, as seen in the address of the image. “…2021/04/Enoch-March25-2021-10a-A1-04080-redone.jpg”

The image is of Jesus, amid lightning, ushered towards the fiery throne of God at the center. To the right and left are angels that form the outline of the Greek letter “Omega” (lower half of the image). Jesus is called, “The Alpha and Omega.”  A dome surrounds the throne in the upper half of the image.

Below is the weather map by CBSNews, and then superimposed onto the above fractal image. 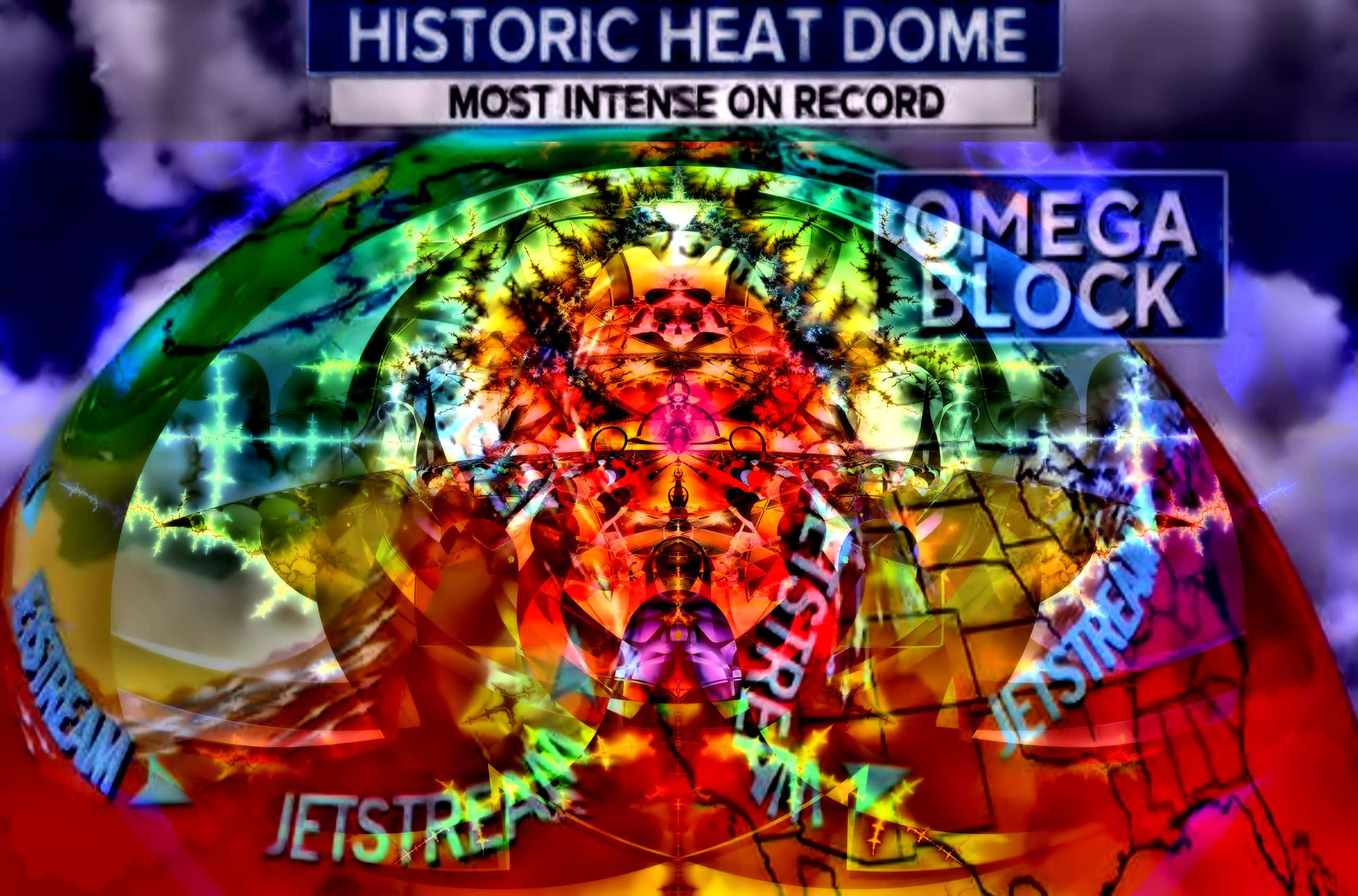 The Lord may delay His Second Coming one generation of 40, 70, or even 100 years, so be ready always. (The chart allows for a delay of one generation.) This is the same word that the Lord gave me to do with the Paradise fire in California.

My point of mentioning this here is that 7 and 390 days after the eclipse, the Lord again said that He is going to delay another 7 and 40 days/years, that is, another generation. He said to watch for 40 days more, that is, at the end of 430 days as per the prophecy of Ezekiel 4. 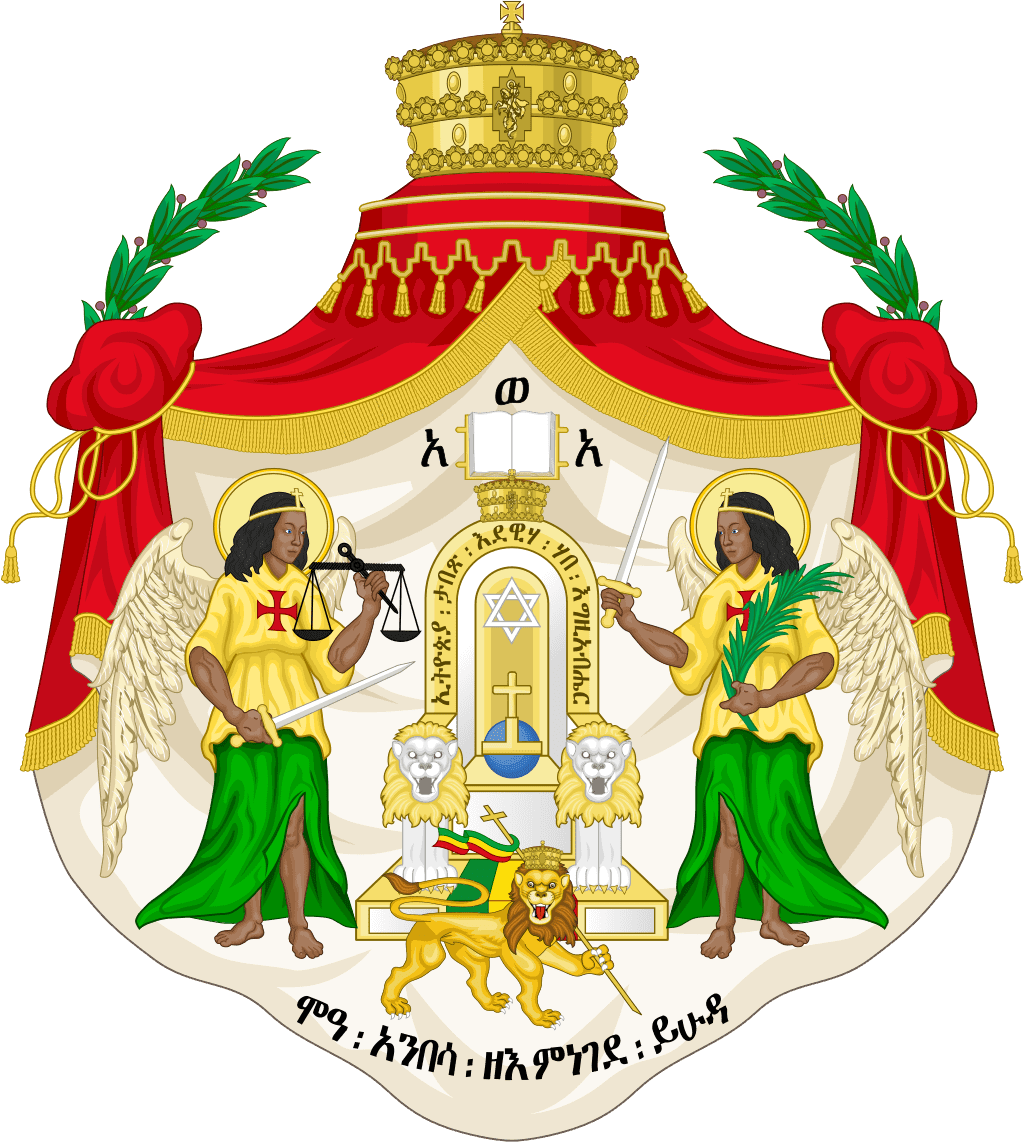 Crown Him with many crowns